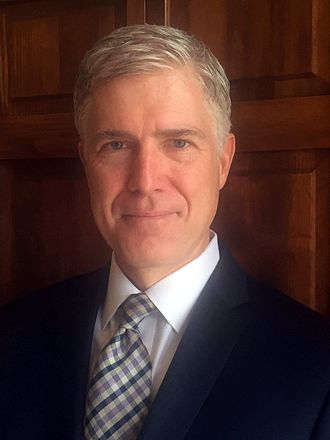 Law 360 (registration required) identifies three of Judge Gorsuch's "opinions that you need to read right now."  One is Gutierrez-Brizuela v. Lynch. In that case, Judge Gorsuch seized an opportunity in an immigration case to challenge a core doctrine of administrative law, suggesting that affording deference to an agency’s legal interpretation of a statute should be done away with entirely. Under the Supreme Court's 1984 decision in  Chevron v. Natural Resources Defense Council, courts should defer to an agency’s reasonable interpretations of ambiguous laws.  Judge Gorsuch questioned the Chevron decision, stating “We managed to live with the administrative state before Chevron. We could do it again,” Judge Gorsuch wrote. “Put simply, it seems to me that in a world without Chevron very little would change — except perhaps the most important things.”