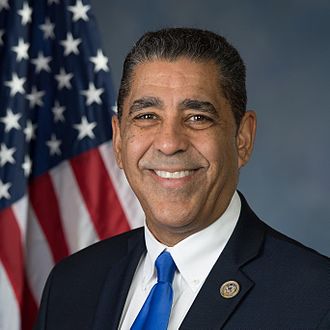 Freshman Rep. Adriano Espaillat (D-NY) was the first formerly undocumented immigrant to be elected to Congress. He has expressed disappointment that the country he once saw as “a country of aspirations” has turned into “a country of deportation.”

Espaillat was brought by his parents from the Dominican Republic to the United States when he was just nine-years-old. He lived with his grandparents who worked as a seamstress and in a Ray Ban factory in New York.

CNN reports that, decades before being elected to Congress, Rep. Espaillat arrived in America as a young boy on a visa with his family before becoming undocumented.  "I came here at the age of 9 with my parents and my brother and sister. We were here on a visa and overstayed," he told CNN's Alisyn Camerota Wednesday on "New Day." "I was a young boy but I remember my grandparents talking to us about being careful where we went, not approaching any strangers."

"It sent a chilling effect to anybody who doesn't have any documents," the New York Democrat said. "How do you move around? How do you go to school? How do you go to a store?"
Those days of living in fear of being deported shape his view of how children of undocumented parents must be processing President Donald Trump's immigration proposals, Espaillat said.
KJ