In a one-page memo to the acting head of the Bureau of Prisons, Sessions wrote that the August 2016 memo by former Deputy Attorney General Sally Yates “changed long-standing policy and practice, and impaired the Bureau’s ability to meet the future needs of the federal correctional system.” 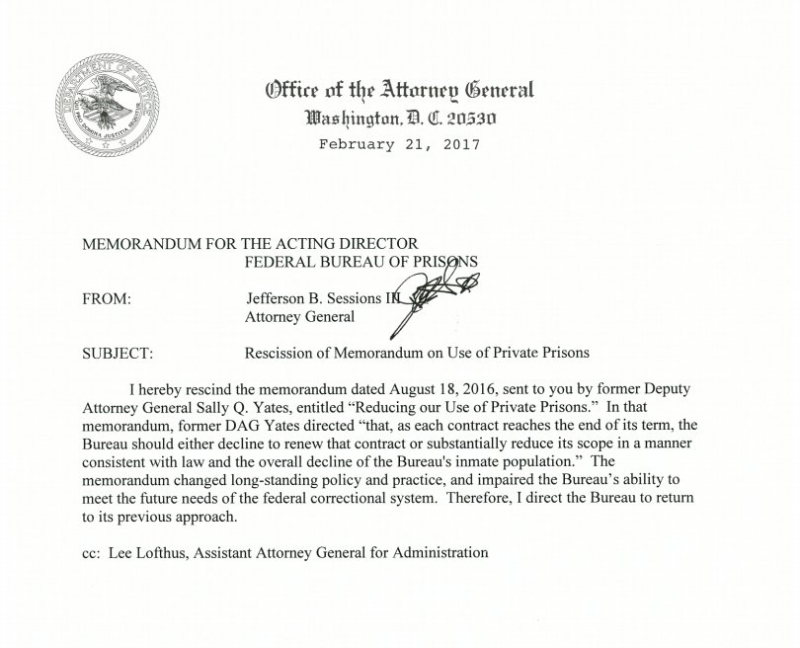 In originally deciding to move away from private prisons, Yates wrote that “Private prisons served an important role during a difficult period, but time has shown that they compare poorly to our own Bureau facilities. They simply do not provide the same level of correctional services, programs, and resources; they do not save substantially on costs; and as noted in a recent report by the Department’s Office of Inspector General, they do not maintain the same level of safety and security.”

The announcement followed the release of a report issued by the Justice Department’s Inspector General that found privately run prisons “incurred more safety and security incidents per capita than comparable BOP institutions.