Argument analysis: Justices divided on meaning of “sexual abuse of a minor” for removal purposes 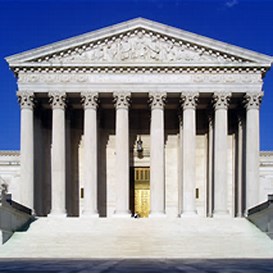 Yesterday, the Supreme Court heard arguments in Esquivel-Quintana v. Sessions, a case that arose from the U.S. government’s effort to remove a lawful permanent resident for a “sex crime.”   Here is my recap for SCOTUSBlog.  In my estimation,  the justices appeared closely divided on the question of statutory interpretation before the court.

"In sum, the justices did not seem to have reached a consensus as to whether Esquivel-Quintana’s crime constituted “sexual abuse of a minor” under the immigration laws. The justices’ questions revealed the complicated interaction among the relevant statutory provisions; the high stakes of removal for lawful permanent residents, the complex state/federal issues involved, and the intersection of criminal and immigration law add to the difficulty and significance of this case. A decision is expected by the end of June."