Immigration in the Age of Trump? How Kitchen Raids In Buffalo Sent Shock Waves Through Immigrant Rights Community 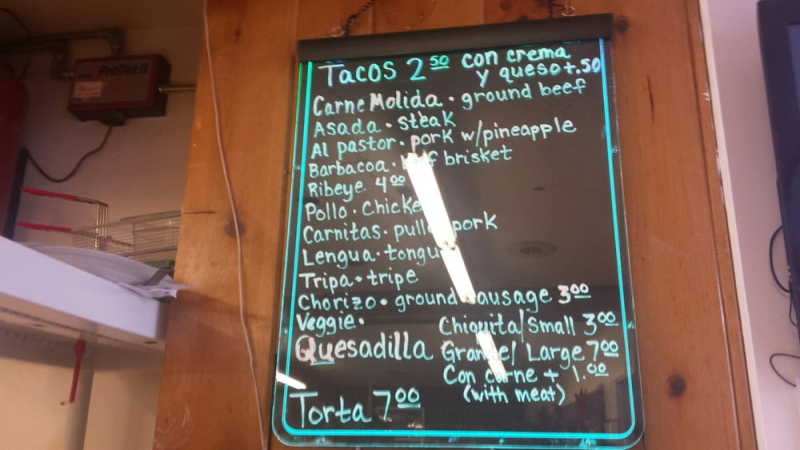 Last November, the ImmigrationProf blog raised the question whether the Trump administration would expand the use of workplace raids in immigrtation enforcement and looked at the raid on La Divina, a taqueria in Buffalo, New York.

NPR ("How Kitchen Raids In Buffalo Sent Shock Waves Through Immigrant Rights Community") follows up on the story and the impacts of the La Divina taqueria raid:

"The morning of Oct. 18, 2016, the employees at La Divina, a taqueria and Mexican grocery in Buffalo, N.Y., were prepping for the lunch crowd — making salsa, grilling chicken and stocking the shelves with Mexican Cokes and Corona beer. Suddenly, agents from Homeland Security Investigations rushed in.

"I heard someone shouting, 'Don't move! Don't move!' It was ICE," says Jose Antonio Ramos, a 29-year-old Mexican cook working illegally, in Spanish. ICE stands for U.S. Immigration and Customs Enforcement. "I was in shock. I was complying with their orders, but they were mistreating us," he says. "They pointed guns at our heads. They pushed us on the floor and handcuffed us. They brought in dogs."

Beefy federal agents hauled out computers and cash registers while local news crews filmed. The raid of La Divina and three other restaurants under the same owner became one of the nation's biggest immigration worksite actions in recent years.

In all, 14 workers have been charged with civil and criminal immigration violations. Twelve more workers were found to be in the country illegally, but they were released because they didn't meet the government's enforcement priorities. The owner and his two managers are charged with harboring unauthorized immigrants. The federal criminal complaint alleges the trio provided workers with housing and transportation, paid them in cash off the books and avoided income taxes.

Sergio Mucino, a 42-year-old lawful permanent resident from Mexico City, owns the four restaurants ICE raided. During a recent lunch rush, Mucino is spotted making tacos behind the counter at La Divina with some newly hired workers. He declines to discuss the raid because his case is ongoing, but he is happy to talk about his menu.

"We try to offer authentic street tacos, make it more like a Mexican atmosphere," he says as patrons line up to order ribeye and chorizo tacos.

While Mucino is out on bail and reopening his restaurants one by one, most of his illegal workforce is out of a job and facing deportation. This was the aftermath of the raid despite an ICE statement that they were targeting the abusive employer, not his employees."

UK is another great option for international students and immigrants.