Asylee Loses Fingers In Journey from North Dakota to Canada 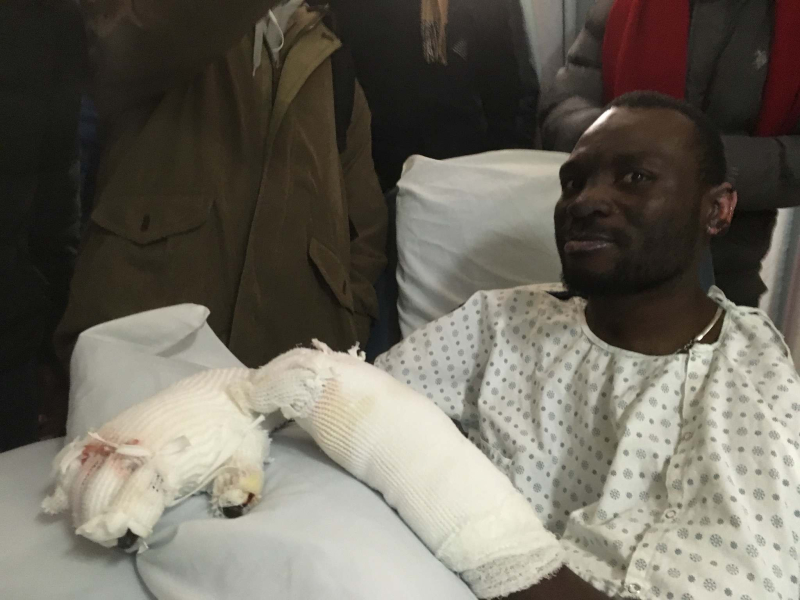 Ghanian asylum seeker Seidu Mohammad braved sub-zero temperatures in order to seek asylum in Canada. He may well lose his fingers as a result. The Winnipeg Free Press has his story.

On Christmas Eve, Mohammad spent seven hours walking outside in an effort to cross the U.S.-Canada border and to seek asylum in Canada. Looking to avoid U.S. Border Patrol, Mohammad crossed through hip-deep snow in temperatures that dropped to -4 with winds gusting to 20 miles per hour.

Mohammad, wearing three jackets and a pair of gloves, thought he was sufficiently prepared for the cold. He wasn't. He's expected to lose his fingers to frostbite.

Mohammad was trying to get to Canada in order to: (1) avoid detention pending an asylum claim, which is what he would experience in the US and (2) get in front of the Immigration and Refugee Board of Canada which, the WFP writes, "is seen by human rights advocates and lawyers as more fair and thorough than that in the U.S."

Until this story I was unaware of the :

well-worn route in which [asylum seekers are] driven from Minneapolis, Minn., to a point just south of the town of Emerson. There, they’re dropped off and told to walk the rest of the way to the Canadian side of the border where they can legally make a refugee claim.