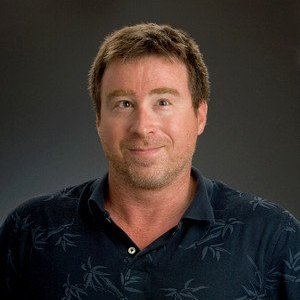 Many moons ago, my old man and I spent a balmy afternoon at Churchill Downs.

We had a smart lunch on Bardstown Road and then found our way to the hallowed turf. “Only a couple of races,” my father cautioned. Louisville was neither his speed nor his style. “Two races and we're out, “I promised. To fulfill my commitment, I placed a couple of dunce cap exacta bets featuring the favourite and the least favourite. A win, then another “Why leave when we're just starting to have fun,” said my father, watching me count our winnings. “I like the way you think, sir,” I replied. Three hours and a couple of setbacks later, we walked out of there with five hundred smackers we didn't have when we rushed through the turnstiles.

Long odds on the right day can be kind. That kind of optimism led me, a pro se duffer of the old school, to file a cert petition (Dugdale v. Lynch, 16-7082) with the Supreme Court.  The thoroughbred in my exacta box is the Supreme's ruling in Boumediene. My bobtailed nag is the expedited removal system found at INA 235. I want the court to put the nag on the track with the ringer and see how it runs. Boumediene proposed a four-point test for the adequacy of habeas substitutes such as Bush's wartime CSRT and the expedited removal system, hatched in 1997 as part of the IIRIRA. From Luna v. Holder (Second Circuit 2011):

First, in the cases in which the Supreme Court has found a substitute to be adequate and effective, "the purpose and effect of the [substitute] was to expedite consideration of the [detainee's] claims, not to delay or frustrate it." Id. at 775-76, 128 S.Ct. 2229. "When Congress has intended to replace traditional habeas corpus with habeas-like substitutes,... it has granted to the courts broad remedial powers to secure the historic office of the writ."  Id. at 776-77, 128 S.Ct. 2229 (noting that in the Section 2255 context, Congress has granted to the reviewing court power to "determine the issues and make findings of fact and conclusions of law" (internal quotation marks omitted)). If Congress succeeds in creating a procedure that is meaningfully "more limited" than habeas review, id. at 778, 128 S.Ct. 2229, as measured by "the sum total of procedural protections afforded to the detainee at all stages, direct and collateral," then that procedure is not an adequate replacement for habeas, id. at 783, 128 S.Ct. 2229. Second, because habeas is "designed to restrain" the Government's power, the scope of the substitute procedure must not be "subject to manipulation" by the Government. Id. at 765-66, 128 S.Ct. 2229. Third, a mechanism for review that "is wholly a discretionary one" is "an insufficient replacement" for habeas. Id. at 791, 128 S.Ct. 2229. Fourth, the entity substituting for a habeas court "must have adequate authority ... to formulate and issue appropriate orders for relief," id. at 787, 128 S.Ct. 2229, including "the power to order the conditional release of an individual unlawfully detained," id. at 779, 128 S.Ct. 2229.

I want the Supreme Court to tell us whether or not the expedited removal system should be sent to the glue factory. I think it should. And the Supreme Court should tell Congress exactly what they told them after St. Cyr: Smarten up. That's how the safety valve of 1252(a)(2)(D) came to be, mandating judicial review of questions of laws and constitutional issues.

This is the perfect opportunity for the Supreme Court to use Boumediene to breed a new and powerful bloodline of immigration jurisprudence, one in which habeas and due process ride together all the way to justice. In his Jennings v. Rodriguez reply brief, the Solicitor General contends that the expedited removal system is almost always constitutional and somebody who feels they've been played dirty can make an “as-applied” challenge in a habeas petition. But Justice Breyer at oral argument mused openly about his frustration with the disparate kinds of pre-hearing relief available for those caught “in the desert” and those apprehended at the border. This of course jibes with Gerald Neuman's longtime disquiet with the use of the expedited removal system in the interior of the United States. At best, I hope my petition pushes the justices to give the expedited removal system and all its attendant agency regulations a proper full facial interrogation.

If Trump is going to play tough at the border or mess with what constitutes the border, arriving aliens must be treated in line with the Constitution and their claims properly considered, regardless of their creed, colour or national origin. Likewise, aliens in lawful status need to be certain they can protect their Verdugo connections and Eldridge equities as they cross back and forth over the border of the country they have chosen to call home.