From the Bookshelves: A Cuban Love Affair by Bill Kirksey 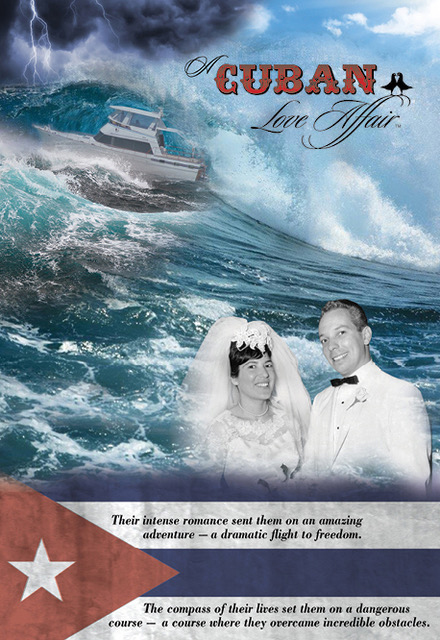 Looking back, it seems improbable.

In 1980, Cuban President Fidel Castro opened the doors for anyone who wished to leave Cuba, promising they would be free to go. In turn, President Jimmy Carter said that all those who could find passage from Cuba would receive political asylum in the United States.

Enter the Los Angeles-based Kirksey family, made up of Bill, his Cuban-born wife Marta, and their thirteen-year-old son Dan. Bill, the kind of guy who often jumped into things without first thoroughly investigating them, believed this was a “seize the moment” opportunity.

In the newly published book A Cuban Love Affair, A. Baxter Rothchild reveals how Bill, Marta, and Dan flew from California to Miami and bought a boat. Their plan was to travel to Cuba, dock in Mariel Harbor, load up Marta’s few family members who wished to leave, and be back in the U.S. in just a few days.

Bill’s naïvete was soon put to the test. Treacherous waters both literal and figurative made navigating to freedom in the U.S. far more of an adventure than he ever could have imagined.

Assisted by four Cuban refugees from Miami, including a superb fisherman/sailor who expertly captained the boat, the group of seven found themselves with a far larger number of family members wanting to leave Cuba than they’d expected – a grand total of 38. What’s more, they soon found themselves “caught between two very determined governments with different agendas.”

After striking a “grand bargain” with the Cuban government, Bill, Marta, and Dan managed to bring Marta’s family to the U.S., but their victory was complicated when Marta’s immediate family members were suddenly placed in a U.S. government detention camp.

The story of how Bill went on the attack to secure their release, the media attention they received as the first Cuban-born individuals to gain freedom from U.S. incarceration, and the back story of Bill’s and Marta’s lifelong love affair make this colorful true adventure a riveting account of courage, determination, and empathy for others.

Bill comments, “For many years, those who heard about our adventure in Cuba often said it would make a great book or movie. I started writing several times, but other demands made it difficult to focus. Finally, when Cuba came into the limelight after President Obama and the Pope showed interest, it seemed this was the correct moment to get the story out.”

Author: Bill Kirksey is a businessman who has worked for over 50 years in the insurance industry. He is a person with high energy and a love for life covering a multitude of personal interests, including music, camping, fishing, and hiking. Bill became a weekend rancher to balance his fast-paced office routine. A people person who makes acquaintances easily and holds dear friends closely, he now sees a future in writing and publishing in addition to his other interests.