Immigration Article of the Day: Framing for a New Transnational Legal Order: The Case of Human Trafficking by Paulette Lloyd and Beth A. Simmons 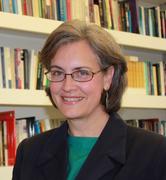 Framing for a New Transnational Legal Order: The Case of Human Trafficking by Paulette Lloyd (Government of the United States of America - Department of State) and Beth A. Simmons University of Pennsylvania Law School 2015 In TRANSNATIONAL LEGAL ORDERS, ed. Terence C. Halliday and Gregory Shaffer, Cambridge 2015

Abstract:      How does transnational legal order emerge, develop and solidify? This chapter focuses on how and why actors come to define an issue as one requiring transnational legal intervention of a specific kind. Specifically, we focus on how and why states have increasingly constructed and acceded to international legal norms relating to human trafficking. Empirically, human trafficking has been on the international and transnational agenda for nearly a century. However, relatively recently – and fairly swiftly in the 2000s – governments have committed themselves to criminalize human trafficking in international as well as regional and domestic law. Our paper tries to explain this process of norm convergence. We hypothesize that swift convergence on norms against human trafficking and on a particular legal solution – criminalization – is the result of a specific set of conditions related to globalization and the collapse of the former Soviet Union in the 1990s. We argue that a broad coalition of states had much to gain by choosing a prosecutorial model over one that makes human rights or victim protection its top priority. We explore the framing of human trafficking through computerized textual analysis of United Nations resolutions – the central forum for debates over the nature of human trafficking and what to do about it. We look for evidence of how the framing of human trafficking has shifted over time, and how the normative pressure as reflected in these documents has waxed and waned. We will argue that a binding legal instrument became possible because of the normative convergence solidified by linking human trafficking to transnational crime more generally.