Immigration Article of the Day: Drawing Lines Among the Persecuted by Kate Evans 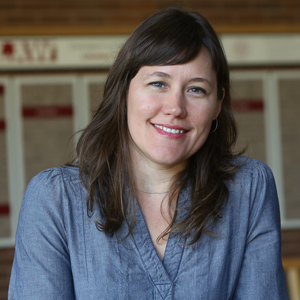 Abstract: Should a victim of persecution be denied protection in the United States if his persecutors forced him to participate in their campaign of terror? In its 2009 decision, Negusie v. Holder, the Supreme Court recognized the “difficult line drawing problems” presented by this question, but failed to offer concrete guidance to the lower courts or the executive agencies charged with drawing those lines. Circuit courts employ a variety of standards, leaving the law in disarray.

This Article offers original historical research to argue that asylum seekers charged with participating in persecution should be afforded a duress defense. It traces the bar to refugee protection for persecutors back to its initial appearance in the Constitution of the International Refugee Organization and examines, for the first time, documents preserved in the French National Archive, which reveal that a requirement for personal culpability has been present since the bar’s inception. The legislative history of the persecutor bar in U.S. law shows that the bar was intended to be interpreted consistently with the standards for excluding persecutors under the Constitution of the International Refugee Organization, the U.N. Convention and Protocol on Refugees, and the war crimes jurisprudence of the Nuremburg Tribunals. All three sources lead to the same conclusion: the persecutor bar should include the defense of duress as a means of separating those who possessed a moral choice to refuse to persecute others from those who did not. A duress defense reconciles the statute’s meaning with its historical roots, international treaty obligations, and the application of similar provisions in immigration law. Further, it provides a principled standard with which to draw the difficult lines the law requires and offers protection to those in need.