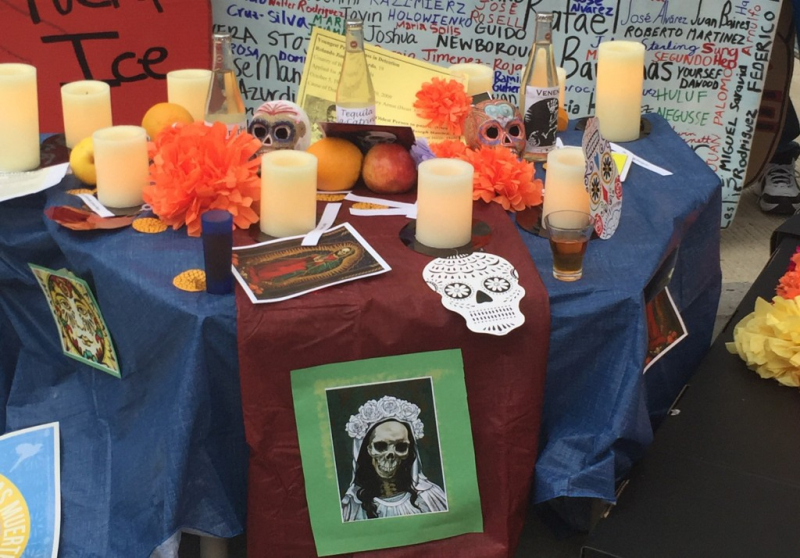 Immigrant detention is a popular tool used by the U.S. government in immigration enforcement.  Immigration reforms in 1996 facilitated the detention boom.  The Supreme Court in Jennings v. Rodriguez is currently considering a challenge to immigrant detention.

Immigrant detention has devastating impacts on immigrants and their families.  It, as Immigration Impact highlights, can have deadly impacts.

Each year on November 1 and 2, people around the world celebrate the Day of the Dead—sometimes called All Souls Day or Día de los Muertos in Spanish—to remember and honor children and adults who have died.

On Tuesday in Washington, D.C., dozens of people marched to Immigration and Customs Enforcement (ICE) headquarters to demand investigations into the 11 in-custody deaths since October 1, 2015. Protesters also demanded to close the LaSalle Detention Facility in New Orleans, LA where three of the deaths occurred.

Research has shown that the medical care in detention facilities is woefully inadequate and has had a significant role in detainee deaths. The report Fatal Neglect: How ICE Ignores Death in Detention, released earlier this year examined “death reviews” released by Immigration Customs Enforcement (ICE) through a Freedom of Information (FOIA) request, finding that ICE’s failure to comply with medical standards contributed to at least half of the in-custody deaths between 2010 and mid-2012 for which ICE produced documentation.

In a Human Rights Watch report released in July analyzing 18 “death reviews” conducted by the Office of Detention Oversight (ODO) for deaths that occurred May 2012 through June 2015, independent experts found that in nearly half of the cases substandard medical care and violations of detention standards contributed to the detainee’s death. Across the board, these failures to provide adequate medical care and oversight put other detainees at risk.