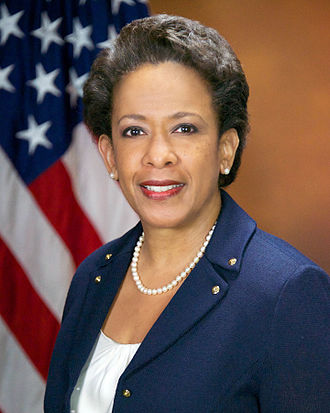 Yesterday, the U.S. Supreme Court granted certiorari in Esquivel-Quintana v. Lynch, another criminal immigration removal case.  The Court has decided a number of these in recent years, including Mellouli v. Lynch (2015) (drug paraphernalia conviction) and Moncrieffe v. Holder (2013) (possession of a small amount of marijuana), in which the Court set aside removal orders because the U.S. government in seeking removal had violated the immigration statute.

A lawful permanent resident of the United States, Petitioner Juan Esquivel-Quintana was convicted for violating a California law that makes it a crime to have sexual relations with someone under the age of 18 when the age difference between the two people involved is more than three years.  He had had consensual sex with his 16-year-old girlfriend when he was 20 and 21 years old. The U.S. government sought to remove Esquivel-Quintana from the United States on the ground that his conviction constituted the “aggravated felony” of “sexual abuse of a minor.” The lower courts agreed with the U.S. government.

The specific issue raised by the case is whether a conviction under one of the seven state statutes criminalizing consensual sexual intercourse between a 21-year-old and someone almost 18 constitutes an “aggravated felony” of “sexual abuse of a minor” under 8 U.S.C. § 1101(a)(43)(A) of the Immigration and Nationality Act – and therefore constitutes grounds for mandatory removal.

On Notice and Comment (Esquivel-Quintana v. Lynch: The Potential Sleeper Case of the Supreme Court Term), David Feder (and here) has claimed that Esquivel-Quintana could be the "sleeper case of the Supreme Court Term."  The case raises issues about the rule of lenity applicable in the interpretation of the criminal laws and Chevron deference, a generally applicable administrative law doctrine that permeates virtually all of modern administrative law.

Jeffrey L. Fisher of the Stanford Law School Supreme Court Litigation Clinic is the  Counsel of Record for the Petitioner.  Professor Pamela S. Karlan and Jayashri Srikantiah (Immigrants' Rights Clinic) also was on the cert petition.

The Supreme Court has a full immigration docket in the 2026 Term.  The cases include:

Issue(s): Whether 18 U.S.C. 16(b), as incorporated into the Immigration and Nationality Act's provisions governing an immigrant's removal from the United States, is unconstitutionally vague.  In a rare move, the Ninth Circuit, in an opinion by Judge Stephen Reinhardt, stuck down a statute including the reference "crime of violence" as unconstitutionally vague.   The Board of Immigration Appeals had found that  burglary was a "crime of violence" for removal purposes.  Dimaya was a lawful permanent resident from the Philippines who had lived in the United States since 1992.

Issue(s): (1) Whether Congress’s decision to impose a different physical-presence requirement on unwed citizen mothers of foreign-born children than on other citizen parents of foreign-born children through 8 U.S.C. 1401 and 1409 (1958) violates the Fifth Amendment’s guarantee of equal protection; and (2) whether the court of appeals erred in conferring U.S. citizenship on respondent, in the absence of any express statutory authority to do so.    The Second Circuit, in an opinion by Judge Loheir, found that the gender distinction for citizenship was unconstitutional.

The Supreme Court has been seriously divided on the issue of gender distinctions in the citizenship laws in previous cases.  See, e.g., Nguyen v. INS (2001); Miller v. Albright (1998).  The Court deadlocked on the issue in 2011 in the case of Flores-Villar v. United States.  Lynch v. Morales-Santana allows the Court to reconsider the issue, with a decision made more difficult with only eight Justices.

The Morales-Santana case implicates the venerable "plenary power" doctrine, which historically has barred the courts from judicial review of the substantive immigration decisions of the political branches of government.  Garrett Epps in The Atlantic analyzes the potential importance of this case to the plenary power doctrine -- and to Republican presidential candidate Donald Trump's proposed ban on the admission of Muslims to the United States.

The Ninth Circuit, in an opinion by Judge Kim McLane Wardlaw, affirmed the district court’s permanent injunction insofar as it required automatic bond hearings and required Immigration Judges to consider alternatives to detention.  The panel also held that IJs must consider the length of detention and provide bond hearings every six months for class members detained longer than twelve months, but rejected the class’s request for additional procedural requirements.

In addition to the four cases involving interpretation and application of the immigration statutes, the Court earlier this month granted review in a border enforcement case raising complex constitutional and immunity issues.  The case is Hernández v. Mesa involves the killing of an unarmed teenager on the U.S./Mexico border by a Border Patrol officer:  The questions presented are:

The Fifth Circuit, sitting en banc, concluded that "the plaintiffs fail to allege a violation of the Fourth Amendment, and that the Fifth Amendment right asserted by the plaintiffs was not clearly established at the time of the complained-of incident, we affirm the judgment of dismissal."