The two Vice Presidential candidates, Tim Kaine and Mike Pence, debated earlier this week.  Eva Longoria appears in a video from the Democratic National Committee that posted on Friday in which she takes issue with Mike Pence’s ‘Mexican thing’ comment at the vice presidential debate.

“Governor Pence — we are not a thing,” she says in the video, below. “We are proud American citizens. We are mothers and fathers working for a better future for our kids. And we are children studying hard and dreaming of giving back to the United States that we love.”

After the debate, Democrats seized on Pence’s “Mexican thing” comment, with Hillary Clinton’s campaign even acquired ThatMexicanThing.com as a domain name. It directs to her campaign website. #Thatmexicanthing also became a trending hashtag on Twitter.

“#Thatmexicanthing is going to decide who’s going to be the next President. No one can make it to the WH without the Latino vote. You’ll see,” Fusion anchor Jorge Ramos wrote on Twitter on Wednesday.

The Longoria video is not just an effort to keep the post-debate story alive, but to mobilize voter registration. In the video, she directs viewers where to register.

Longoria spoke at the Democratic National Convention in July, and said that Trump was “insulting American families” with his comments.

Pence's comments have attracted considerable commentary.  For an example, see Julia Arce's piece on Refinery 29 ("I Am Whipping Out My "Mexican Thing" — & You Should, Too.").  Arce is author of a book: 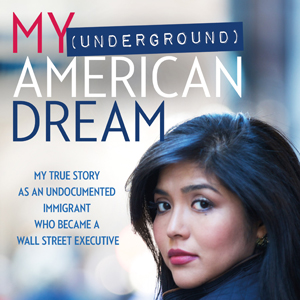