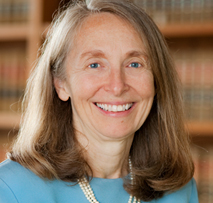 Using the Italian asylum system as a case study, this article lays bare the current impasse in European asylum policy and underscores the injustice and inefficiencies caused by the European Union (EU) Dublin Regulation. Deficiencies in the asylum systems in EU states on the southern and eastern borders encourage asylum seekers to flee from the EU states they enter first.  In recognition of the dire conditions in some asylum systems, the European Court of Human Rights has forbidden states to rely on the Dublin Regulation to send asylum seekers back to the first state for a decision on the asylum application. Instead, states that apprehend asylum seekers must provide the applicants an opportunity to contest their return by presenting evidence that the first EU state they entered has a deficient asylum system. This creates opportunities for satellite litigation. It also creates perverse incentives for member states to respond to the Dublin Regulation proceedings by offering individualized relief to the litigants rather than remedying system-wide deficits. This cumbersome procedure is inefficient and imposes great human costs on individual asylum seekers ensnared in the European system.

A bolder and simpler approach is necessary. In light of the massive refugee crisis in the Mediterranean, the vastly uneven situations of asylum seekers in different EU states, and the evolving European human rights norms, the current Dublin Regulation should be suspended. More precisely, EU member states should examine asylum applications with a presumption that the state with custody of the asylum seekers will decide the asylum claim. Transfers pursuant to the Dublin Regulation should be limited to exceptional cases involving family unity or other compelling humanitarian reasons.

This reworking of the Dublin Regulation would instantly diminish the workload on the EU asylum system. In recent years, close to twenty percent of asylum applications filed in Europe have led to transfer requests under the Dublin Regulation, but very few actual transfers take place. Thus, most of the Dublin process is wasted effort. Of the Dublin transfers that occur, many take place between states that send and receive asylum seekers from one another.  These states should decide the substance of the applications rather than engage in an elaborate process of swapping asylum seekers.

Suspending most Dublin transfers would allow asylum officials to redeploy their resources to focus on the merits of the claims.  It would benefit individual asylum seekers who would experience shorter periods of uncertainty about their status. Moreover, suspending the Dublin Regulation could lead to the increased sharing of responsibility among EU states for receiving asylum seekers.