Andy Ostroy in NYT, on Not Seeing His Wife's Killer as an "Illegal Immigrant" 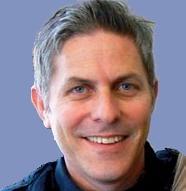 Political blogger Andy Ostroy (Twitter: @AndyOstroy) has a powerful op-ed in today's New York Times.  In "My Wife's Killer Was Not an 'Illegal Immigrant,'" he writes about the murder of his wife, Adrienne Shelly, who was murdered in 2006.  Her killer was a 19-year old man who also happened to be an undocumented immigrant.  But, he disputes the tendency to draw a connection between the killer's criminality and his immigration status:

"But Adrienne was not murdered by an illegal immigrant, per se. She fell victim to a depraved killer who simply happened to be an undocumented immigrant. It is an obvious distinction, almost too obvious, but it’s an important one to consider as the country goes further down the dangerous path of demonizing those not born here...Yes, some illegal immigrants commit crimes, some of them violent. But so do blacks, whites, Asians, Christians and Jews. ... The reality is, Americans have appreciably more to fear from their fellow citizens than from undocumented immigrants."