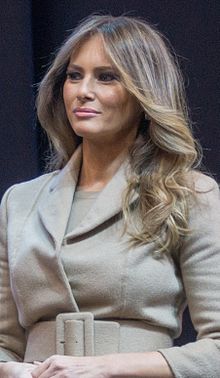 Phillip Bump of the Washington Post reports that on the apparent end of the immigration controversy surrounding Melania Trump.  After the New York Post ran nude photos of Melania Trump on its cover in July, questions were raised about how the Republican presidential nominee's wife immigrated -- and whether she did so lawfully -- to the United States. The Trump campaign promised that it would hold a news conference to answer any outstanding questions about how Melania Trump became a citizen.

That news conference didn't happen, but today Melania Trump tweeted a letter from an attorney who had reviewed her immigration paperwork that she said offered "100% certainty" that she had immigrated legally.  Her attorney Michael Wildes is a prominent immigration lawyer who has done work with various Trump businesses.

Here is the letter: 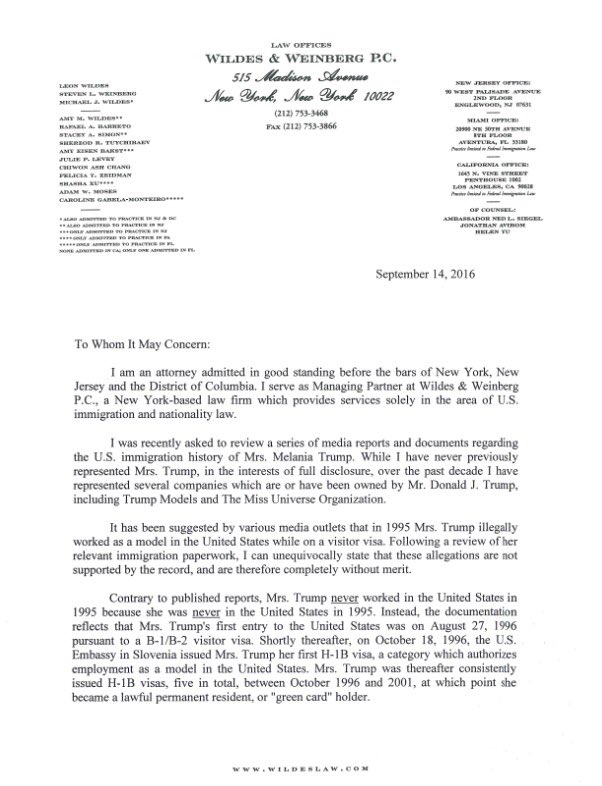 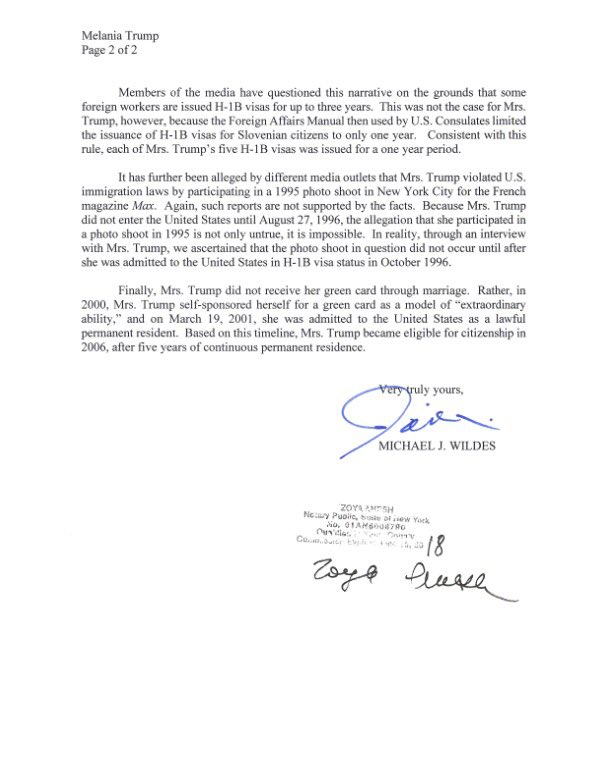 "According to Wildes, the documentation he reviewed showed that “Trump’s first entry to the United States was on August 27, 1996 pursuant to a B-1/B-2 visitor visa.” She then acquired an H1-B visa to work as a model in October and was reissued those visas every year until 2001 when she became a self-sponsored green card holder. This was four years before Melania was married to Donald Trump. She then became a citizen in 2006.

After disclosing that he had worked for Trump companies including Trump Models and the Miss Universe Organization, Wildes proceeded to go point-by-point through the outstanding questions about Melania’s immigration process.

“It has been suggested by various media outlets that in in 1995 Mrs. Trump illegally worked as a model in the United States while on a visitor visa,” Wildes wrote. “Following a review of her relevant immigration paperwork, I can unequivocally state that these allegations are not supported by the record, and are therefore completely without merit.”