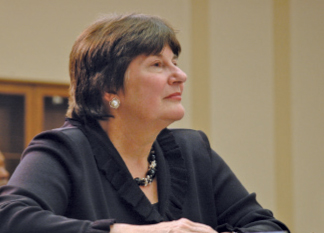 In J.E. F.M. v. Lynch, the U.S. Court of Appeals for the Ninth Circuit (Andrew J. Kleinfeld, M. Margaret McKeown, and Milan D. Smith, Jr.), in an opinion by Judge McKeown, affirmed in part and reversed in part the district court’s jurisdictional determinations in a class action brought by indigent minor immigrants alleging that they have due process and statutory rights to appointed counsel at government expense in immigration proceedings.

The panel affirmed the district court's dismissal for lack of jurisdiction of the minors' statutory claims for court-appointed counsel.  The panel held that because the right-to-counsel claims “arise from" removal proceedings, they must be raised through the administrative petition for review process pursuant to 8 U.S.C. §§ 1252(b)(9) and 1252(a)(5).

The panel reversed the district court's determination that it had jurisdiction over the minors’ constitutional claims.  The court held that the district court erred in finding that an exception to the Immigration and Nationality Act’s exclusive review process provided jurisdiction over the due process right-to-counsel claims.  The panel held that the district court incorrectly found that the claims challenged a policy or practice collateral to the substance of removal proceedings, and that because an Immigration Judge was unlikely to conduct the requisite due process balancing the administrative record would not provide meaningful judicial review.

In this case, children, suing on behalf of themselves and a class, claimed a due process and statutory right to appointed counsel at government expense in immigration proceedings.  They claimed that, as minors, they “lack the intellectual and emotional capacity of adults,” yet are “force[d] . . . to appear unrepresented in complex, adversarial court proceedings against trained [government] attorneys.”  According to the complaint, this lack of representation “ensure[s] that [they and] thousands of children [are] deprived of a full and fair opportunity to identify defenses or seek relief for which they qualify” in immigration court.

In a concurrence, Judge McKeown wrote that

"Eventually, an appeal asserting a right to government-funded counsel will find its way from the immigration courts to a Court of Appeals through the petition for review process. It would be both inappropriate and premature to comment on the legal merits of such a claim.  But, no matter the ultimate outcome of such an appeal, Congress and the Executive should not simply wait for a judicial determination before taking up the `policy reasons and . . . moral obligation' to respond to the dilemma of the thousands of children left to serve as their own advocates in the immigration courts in the meantime.  The stakes are too high.  To give meaning to “Equal Justice Under Law,” the tag line engraved on the U.S. Supreme Court building, to ensure the fair and effective administration of our immigration system, and to protect the interests of children who must struggle through that system, the problem demands action now."