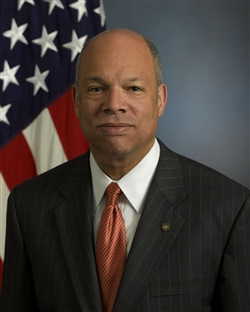 The Department of Justice recently announced that it would stop using private contractors for prisons.  Will the federal government follow suit with respect to immigrant detention?

The Department of Homeland Security today issued an important "Statement by Secretary Jeh C. Johnson on Establishing a Review Of Privatized Immigration Detention."  It states in full that

"On August 18, the Department of Justice announced that the Bureau of Prisons will reduce and ultimately end its use of private prisons. On Friday, I directed our Homeland Security Advisory Council, chaired by Judge William Webster, to evaluate whether the immigration detention operations conducted by Immigration and Customs Enforcement should move in the same direction. Specifically, I have asked that Judge Webster establish a Subcommittee of the Council to review our current policy and practices concerning the use of private immigration detention and evaluate whether this practice should be eliminated. I asked that the Subcommittee consider all factors concerning ICE’s detention policy and practice, including fiscal considerations. A subcommittee of the HSAC will undertake this review, and the full HSAC will provide to me and the Director of U.S. Immigration and Customs Enforcement its written report of its evaluation no later than November 30, 2016."

UPDATE (Aug. 20):  The Washington Post in this article looks at the possible end of private immigrant detention.  Immigrant detention has skyrocketed since reforms in 1996,  which dramatically increased the use of detention in immigration enforcement.