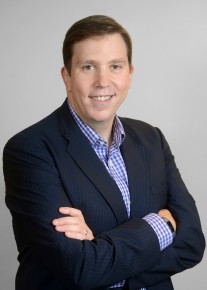 In a breathtaking 80-page opinion handed down today in Castro v. U.S. Dep’t of Homeland Security, a unanimous panel of the Third Circuit has held that the Suspension Clause does not protect non-citizens physically (but not lawfully) present within the United States — at least where they have recently (and surreptitiously) entered the country. The holding comes in the specific context of habeas petitions filed by dozens of Central American migrants seeking to block their expedited removal from the country, but the reasoning has much broader scope (and, potentially, enormously troubling consequences).

Here’s the central passage from pp. 66-68 of the majority opinion:

Boumediene contemplates a two-step inquiry whereby courts must first determine whether a given habeas petitioner is prohibited from invoking the Suspension Clause due to some attribute of the petitioner or to the circumstances surrounding his arrest or detention. Only after confirming that the petitioner is not so prohibited may courts then turn to the question whether the substitute for habeas is adequate and effective to test the legality of the petitioner’s detention (or removal). . . . .The reason Petitioners’ Suspension Clause claim falls at step one is because the Supreme Court has unequivocally concluded that “an alien seeking initial admission to the United States requests a privilege and has no constitutional rights regarding his application.” Landon, 459 U.S. at 32. Petitioners were each apprehended within hours of surreptitiously entering the United States, so we think it appropriate to treat them as“alien[s] seeking initial admission to the United States.” Id. And since the issues that Petitioners seek to challenge all stem from the Executive’s decision to remove them from the country, they cannot invoke the Constitution, including the Suspension Clause, in an effort to force judicial review beyond what Congress has already granted them. As such, we need not reach the second question under the Boumediene framework, i.e., whether the limited scope of review of expedited removal orders under § 1252 is an adequate substitute for traditional habeas review.

Read the full blog post at the link above.

As such, we need not reach the second question under the Boumediene framework, i.e., whether the limited scope of review of expedited removal orders under § 1252 is an adequate substitute for traditional habeas review.