From the Bookshelves: American Heiress: The Wild Saga of the Kidnapping, Crimes and Trial of Patty Hearst by Jeffrey Toobin 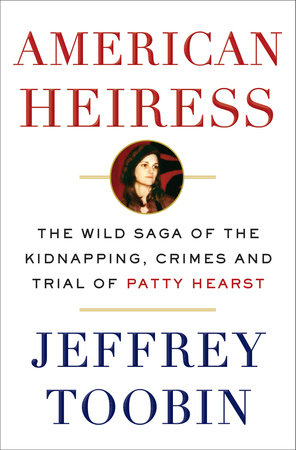 From New Yorker staff writer and bestselling author of The Nine and The Run of His Life: The People v. O. J. Simpson, the definitive account of the kidnapping and trial that defined an insane era in American history

On February 4, 1974, Patty Hearst, a sophomore in college and heiress to the Hearst family fortune, was kidnapped by a ragtag group of self-styled revolutionaries calling itself the Symbionese Liberation Army. The already sensational story took the first of many incredible twists on April 3, when the group released a tape of Patty saying she had joined the SLA and had adopted the nom de guerre “Tania.”

The weird turns of the tale are truly astonishing—the Hearst family trying to secure Patty’s release by feeding all the people of Oakland and San Francisco for free; the bank security cameras capturing “Tania” wielding a machine gun during a robbery; a cast of characters including everyone from Bill Walton to the Black Panthers to Ronald Reagan to F. Lee Bailey; the largest police shoot-out in American history; the first breaking news event to be broadcast live on television stations across the country; Patty’s year on the lam, running from authorities; and her circuslike trial, filled with theatrical courtroom confrontations and a dramatic last-minute reversal, after which the term “Stockholm syndrome” entered the lexicon.
The saga of Patty Hearst highlighted a decade in which America seemed to be suffering a collective nervous breakdown.

Based on more than a hundred interviews and thousands of previously secret documents, American Heiress thrillingly recounts the craziness of the times (there were an average of 1,500 terrorist bombings a year in the early 1970s). Toobin portrays the lunacy of the half-baked radicals of the SLA and the toxic mix of sex, politics, and violence that swept up Patty Hearst and re-creates her melodramatic trial. American Heiress examines the life of a young woman who suffered an unimaginable trauma and then made the stunning decision to join her captors’ crusade.

This NPR "Fresh Air" interview with Toobin piqued my interest in American Heiress.  Laura Miller reviews the book for Slate. 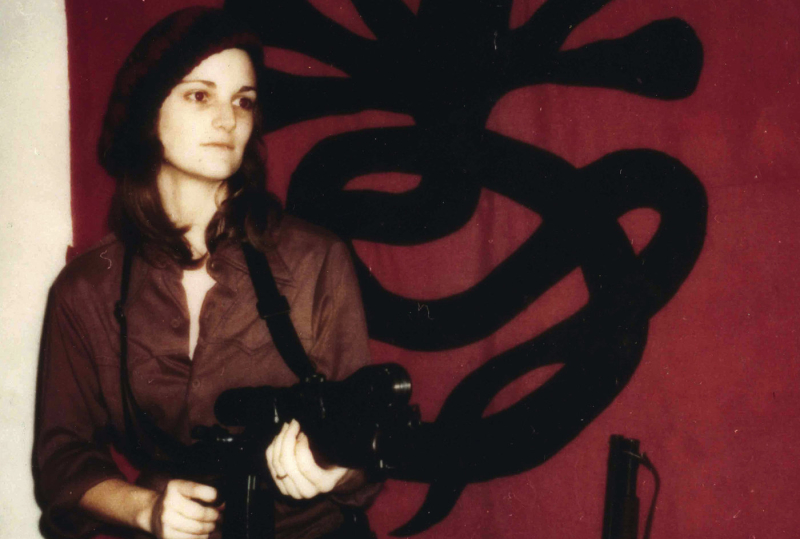 "This iconic photograph became one of the most famous images of the 1970s," Jeffrey Toobin says. It shows Patty Hearst standing in front of a Symbionese Liberation Army flag several months after she was kidnapped. Penguin Random House hide caption toggle caption Penguin Random House