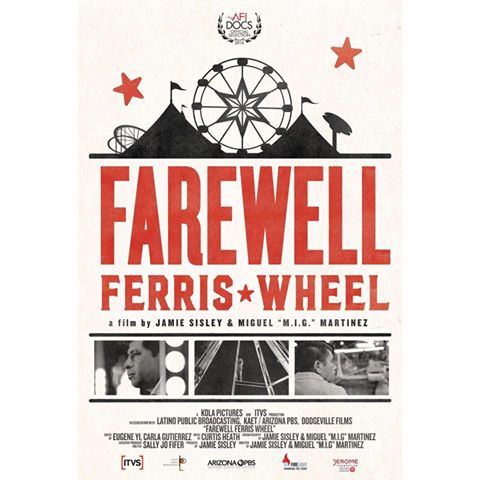 You might want to think twice before you take the kids to the next local fair or carnival. This fall, PBS will air Farewell Ferris Wheel, which premiered earlier this summer during the local  AFI DOCS Film Festival.  This is a must-see film for anyone with an interest in labor rights and the U.S.'s dependence on immigrant workers.
Farewell Ferris Wheel spends six years exploring how the U.S. Carnival industry fights to keep itself alive by legally employing Mexican migrant workers with H-2B guestworker visas.

Set in the greater DC area, the documentary follows seasonal workers from Veracruz, Mexico on temporary U.S. work visas (H-2Bs).  For eight months each year, the Mexicans labor for "Jolly Shows", a company operating carnivals in the region.

Farewell Ferris Wheel introduces audiences to both sides of the labor shortage.

The job is grueling. Employees, separated from family, work up to 20 hours per day setting-up, operating, and taking down the rides and equipment.  They are paid little and subjected to squalid living conditions, including lack of running water and electricity.  When on-the-job injuries happen, Jolly Shows is reluctant to assist with medical care.  Nevertheless, the workers return year after year.  We learn that nearly one-third of U.S. carnival workers hail from Tlapacoyan, Mexico.

Centro de los Derechos del Migrante, Inc.(CDM), a close friend of Grossman Law, and a reputable local non-profit organization with offices in Mexico, is featured in the Film for its advocacy for increased oversight of the carnival industry.

I first hear about the Farewell Ferris Wheel and I have learn a lot from your post!
Thanks for your sharing of your review!

I want to see this movie!

from your article, I know much more information about the Farewell Ferris Wheel and I am fairly willing to visit it one day to experience it.
I love the feeling of riding on the Ferris Wheel!