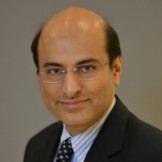 "Judge Hanen’s order dated May 19, 2016 reprimanding thousands of Department of Justice lawyers for unethical conduct is astounding because it does not even appear that their conduct was unethical.

Much has already been written about Judge Hanen’s strange order. Professor Orin Kerr questions whether the judge can even impose ethics classes on hundreds of DOJ lawyers who are not remotely connected to the case. Professor Shobha Sivaprasad Wadhia is justifiably concerned that the order, in addition to reprimanding DOJ attorneys, also threatens to ‘out’ the names of more than hundred thousand  recipients of the Deferred Action for Childhood Arrival (DACA) program who were granted 3 year extensions instead of 2 year extensions. Professor Stephen Legomsky does not even think the DOJ lawyers did anything wrong.

The U.S. government has sought review of the sanctions order in the U.S. Court of Appeals for the Fifth Circuit.  Lyle Denniston on SCOTUSBlog analyzes the latest developments in the district court here.