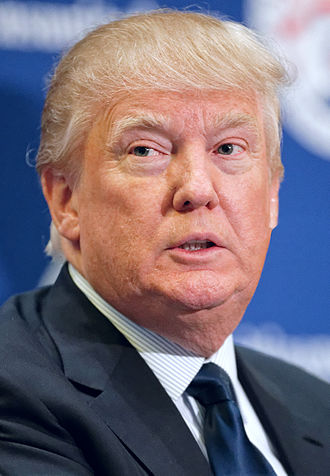 Donald Trump has attacked Indiana-born federal district judge Gonzalo Curiel, a former assistant U./S. Attorney who was assigned a case involving fraud claims against Trump University,  as biased because of his Mexican ancestry.  Trump points to the fact that Judge Curiel denied Trump's motion for summary judgment and moved the case forward to trial.

Trump has said it is "just common sense" that Curiel’s ties to Mexico explain his ruling. Curiel, born and raised in Indiana, had parents who were naturalized U.S. citizens from Mexico. "He is a member of a club or society, very strongly pro-Mexican, which is all fine," Trump said on Face the Nation on June 5. "But I say, he's got bias. I want to build a wall."  Is the "club"  "strongly pro-Mexican" as Trump?

Politifact concluded that the claim was MOSTLY FALSE.  The group in question is the California La Raza Lawyers Association. It dates back to 1977 and one of its founders was former California Supreme Court Justice Cruz Reynoso (Reynoso published his criticism of Donald Trump's comments about Judge Curiel in the Washington Post.).   The group’s immediate past president, Joel Murillo, told us that it was formed in response to stereotyping coming from judges and lawyers. "There were judges on the bench saying people with Spanish surnames were prone to be savages," Murillo said. "When we tried to integrate with the mainstream bar association, we were denied. We were marginalized. The only people who were willing to work with us were us." Murillo says the days of stereotyping are over, and the group now focuses on the professional development of Latino lawyers and encouraging students to pursue a career in law. He called Trump’s description of the association as very strongly pro-Mexican a "misnomer." Murillo said most of the group’s recent work targets improving the quality of education for all students in California.

Glenn Kessler in the Washington Post offers a look at the San Diego chapter of La Raza Lawyers, which Judge Curiel also is a member of.