The Overlooked Pathways to Legal Status by Amanda Frost 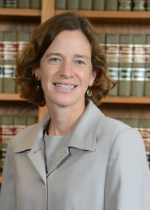 All eyes are focused on the Supreme Court and the future of President Obama's expanded deferred action program as a decision awaits in the case of United States v. Texas.  Professor Amanda Frost  reminds us of some of the other avenues for undocumented immigrants who seek to regularize their immigration status as well as the impediments to those forms of relief in this article in the Atlantic.

For the past 18 months, President Obama’s executive actions on immigration reform have been bogged down in litigation. Texas and 25 other states argue that Obama overstepped his authority by effectively overruling or rewriting federal immigration laws to allow unauthorized immigrants to stay and work in the United States. But some unauthorized immigrants are eligible to become legal residents using existing laws and regulations. In many cases, they just don’t know how to apply due to a lack of resources and information.

It’s a common problem: Unauthorized immigrants are often unaware of laws that can grant legal status and, in any case, they find it difficult to navigate the complex process. Immigration lawyers have observed that immigrants do not fare well without legal assistance. A UCLA study found that individuals in removal proceedings who obtained legal representation were 15 times more likely to apply for relief from removal than those without lawyers, and five-and-a-half times more likely to be granted some sort of legal status that permitted them to stay in the United States.

Unlike criminal defendants, however, unauthorized immigrants don’t have a constitutional right to a government-funded lawyer. According to the UCLA study, only 37 percent of all immigrants, and 14 percent of detained immigrants, are represented by lawyers. Children also go unrepresented in immigration court.

As a result, many unauthorized immigrants do not take advantage of laws allowing them to become legal residents. Officials can grant legal status to children who are unauthorized if a state court finds that the child has been neglected, abused, or abandoned by a parent, and that it is not in the child’s best interest to return to his or her home country. Immigration officials also have the discretion to give an unauthorized immigrant permission to leave the United States briefly to apply for a visa and then to re-enter as a lawful permanent resident if a longer separation would cause the individual’s legally present spouse or parent “extreme hardship.” Similarly, immigration judges can grant legal status to long-term, law-abiding unauthorized immigrants whose deportation would cause “exceptional and extremely unusual hardship” to their legally present relatives. Victims of crimes can also qualify for a special visa if a law-enforcement officer attests that they are willing to help in the investigation.

Click the link above to read more of this article.