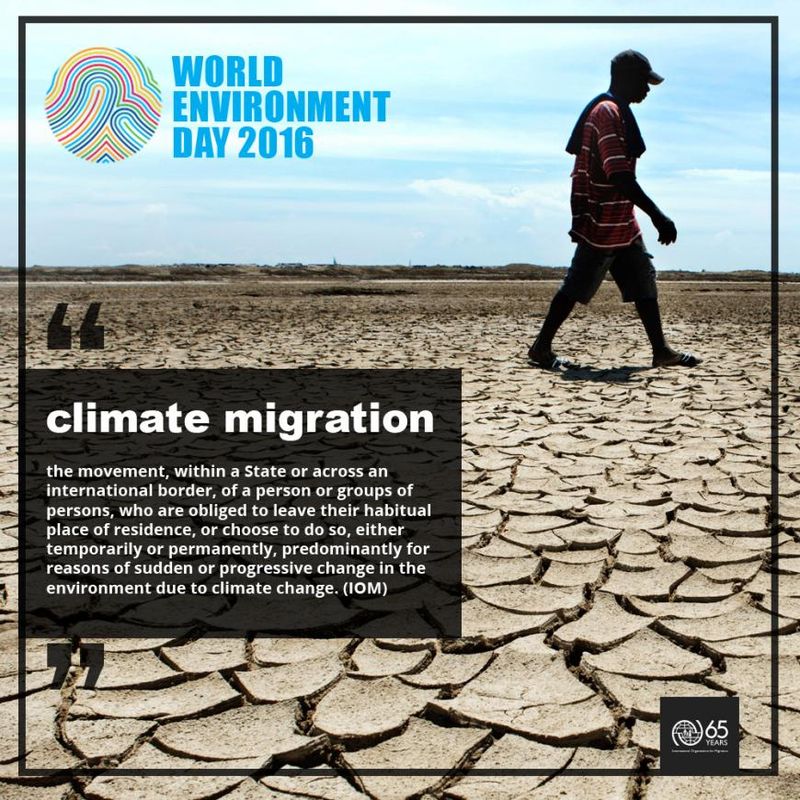 Who are climate migrants? What is climate migration? No legal, universally accepted definition of climate migrants and climate migration exists.  This has created countless semantic battles and triggered discussions around the legal status of those fleeing the adverse effects of climate change - those who cannot be called climate refugees, as their status is not recognized under the existing 1951 Refugee Convention, write IOM Migration, Environment and Climate Change specialists Mariam Traore Chazalnoël and Dina Ionesco.

IOM believes that climate migrants do exist. Empirical research over the years has established direct links between the adverse impacts of climate change and migration  (IPCC, 2014)*, and the recently signed, groundbreaking Paris Agreement clearly highlights the need to protect migrant rights.

This does not negate the multi-causality dimension of migration and the fact that migration drivers are diverse and combine with the environmental factor. It is essential to name the challenge or problem first, before prescribing the solution. Hence it is critical that climate migrants and climate migration are both properly defined.

IOM’s definition is non-normative. It is non-prescriptive. It is not a legal standard. So what is it? It is an advocacy definition that brings visibility to those migrants outside of the public eye and places them on the policy agenda. It is a working definition that allows IOM to support its Member States and migrants communities in their fight for better lives in a changing climate.

Semantic and legal considerations are critical and they should not be ignored. But it is essential to move ahead with more neutral and acceptable options and prevent any further delays in supporting those migrating due to climate impacts.

In the desert of Guajira,  the northernmost part of Colombia, problems linked to severe water scarcity have been growing for half a century, constituting the main trigger for migration in the region. More than 400 families living in this area suffer from drought, its consequences on the availability of natural resources and its impact on health. Forced to migrate to Venezuela to ensure their survival, Wayuu communities always return home due to their commitment to their ancestral heritage.

“Wineh”, Years of Drought, is an IOM Columbia production funded by the IOM Development Fund (IDF).