Article of the Day: The Racist Algorithm? by Anupam Chander 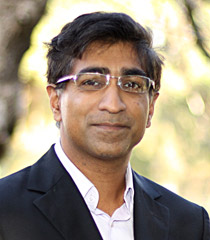 The Racist Algorithm? by

ABSTRACT:  Are we on the verge of an apartheid by algorithm? Will the age of big data lead to decisions that unfairly favor one race over others, or men over women? At the dawn of the Information Age, legal scholars are sounding warnings about the ubiquity of automated algorithms that increasingly govern our lives. In his new book, The Black Box Society: The Hidden Algorithms Behind Money and Information, Frank Pasquale forcefully argues that human beings are increasingly relying on computerized algorithms that make decisions about what information we receive, how much we can borrow, where we go for dinner, or even whom we date. Pasquale’s central claim is that these algorithms will mask invidious discrimination, undermining democracy and worsening inequality. In this review, I rebut this prominent claim. I argue that any fair assessment of algorithms must be made against their alternative. Algorithms are certainly obscure and mysterious, but often no more so than the committees or individuals they replace. The ultimate black box is the human mind. Relying on contemporary theories of unconscious discrimination, I show that the consciously racist or sexist algorithm is less likely than the consciously or unconsciously racist or sexist human decision-maker it replaces. The principal problem of algorithmic discrimination lies elsewhere, in a process I label viral discrimination: algorithms trained or operated on a world pervaded by discriminatory effects are likely to reproduce that discrimination.

I argue that the solution to this problem lies in a kind of algorithmic affirmative action. This would require training algorithms on data that includes diverse communities and continually assessing the results for disparate impacts. Instead of insisting on race or gender neutrality and blindness, this would require decision-makers to approach algorithmic design and assessment in a race and gender conscious manner.
KJ