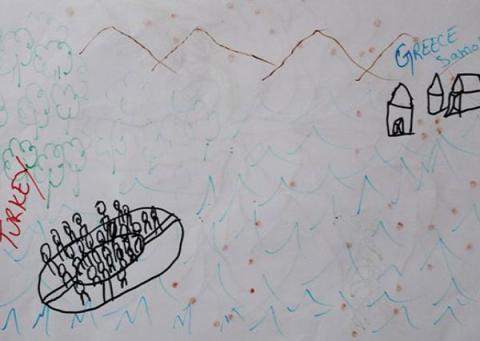 The International Office for Migration (IOM) Greece has published a report based on interviews with 1,206 unaccompanied child migrants in Greece. Some 508 said that they would not consider returning to their countries of origin because it was their intention to reach a northern European country and 282 expressed the wish to return back to their country of origin. The remainder initially expressed willingness to return home but later changed their minds and decided to stay in Greece.

The report: Addressing the Needs of Unaccompanied Minors (UAMs) in Greece showed that the 508 were intent on reaching their final destination no matter what services were made available to them in Greece, as they thought that they would have a better future in another European country.

Of these, some 32 percent said that their final destination would be Germany, 23 percent the United Kingdom, 22 percent Sweden, 9 percent Norway, 5 percent France and 9 percent other European countries, such as Austria, Belgium, the Netherlands, Denmark and Finland.

The majority of those who intended to continue their journey to northern Europe were boys aged between 15 and 17, primarily from Afghanistan and Pakistan.