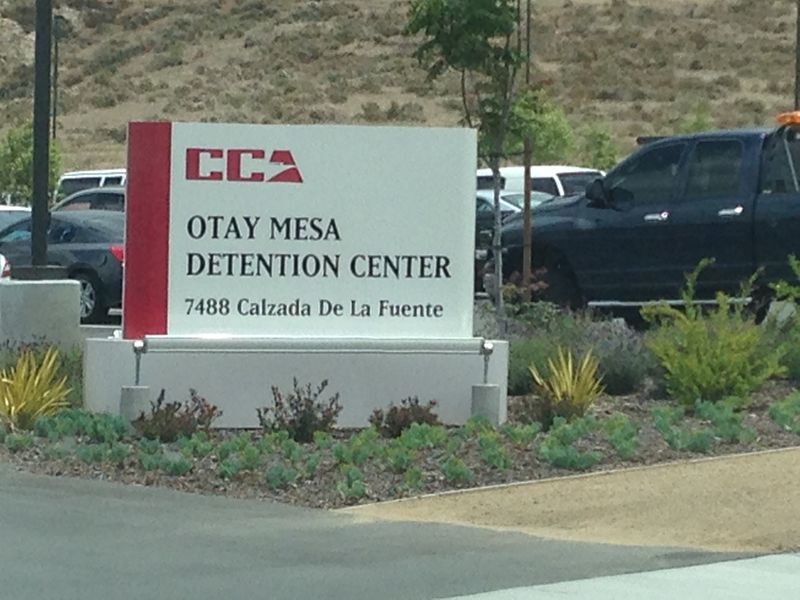 It’s not a jail. It’s not a prison. It’s not a correctional facility. These assertions, while technically accurate, are meaningless as one arrives at the Otay Mesa Detention Facility. Multiple fences separate the interior of the building from the outside world and visitors must past through prison-like security gates before being allowed inside.

40% of the detainees in this facility are from Mexico, while El Salvador, Guatemala and Honduras make up another 21%. Similar to prisons, each detainee is processed, sorted and separated upon arrival into risk levels that will dictate the person’s freedom within the facility.

While moving around the facility, there was virtually no difference between this detention facility and a medium-security state or federal penitentiary. A central corridor running down the middle of the building acts as the main artery connecting the various services: medical, exercise rooms, cafeterias and even a chapel. Like an air traffic controller, guards sit in a window-filled room and control access to this main corridor. More than once, our tour had to pause while detainees were moved around us.

How does a person end up in a facility like this? According to the ICE agents we spoke to, over 90% of the detainees are mandatorily there under immigration law. Over the past decades, Congress has steadily expanded the application of mandatory detention for persons suspected of unlawful migration. The result? Over 33,000 beds are filled each day with people who have immigration issues.

With an average wait time of 32 days, detainees at Otay Mesa are typically denied asylum and ultimately removed back to their country of origin in less than a month. Of course, average wait times mask the much, much longer cases and recent statistics showing up to 800 days waiting for an immigration hearing.

Very Useful Post and great article. Thanks author your Awesome tropic and Excellent Content. Really I got lots of Valuable information here.