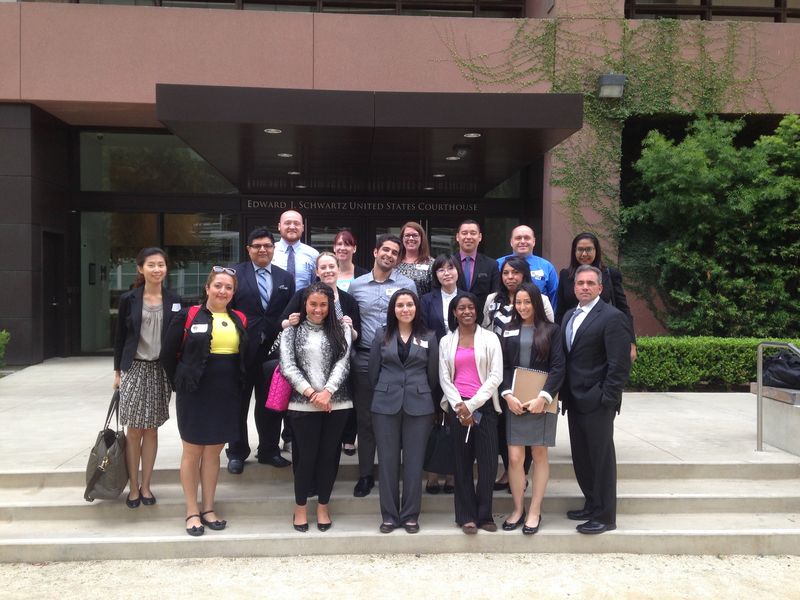 Guest post, Julia Ponce, student at The Maurice A. Deane School of Law at Hofstra University

A mother and child sit outside a federal court room on a Friday morning. The child cries into his mothers’ shoulder. She consoles him and tries to shield his face for none to see.

We proceed to enter Judge Janis L. Sammartino’s courtroom. She has full docket of drug related cases that she will be sentencing today, and already two attorneys on the right side of the courtroom are visibly negotiating a defendant’s sentencing recommendation. Never having witnessed this type of proceeding before, it is shocking how quickly a person’s life and liberty are decided. It's a matter of minutes. To my dismay, two of the defendants share my last name, both brothers, and gang members with felony drug convictions. I can’t help wondering if they are of El Salvadoran descent, and how such cases perpetuate the stereotype of Salvadorans as gang members or “mareros.”

It is an all too familiar story of growing up in a poor barrio, surrounded by drugs, gang and street life. However, these two brothers had choices to make, and unfortunately for the younger brother, he chose to follow in the footsteps of his older brother, seventeen years his senior and addicted to drugs since the age of seventeen. Fortunately for both, Judge Sammartino opts in each of their cases to apply the low end of their sentencing range. Their parents and loved ones sit in the courtroom anxiously awaiting their fate. The older sibling gets 97 months in a facility in Oregon on his own request so he can avoid the temptations that lurk behind the locked doors of the prison system. The younger sibling gets 30 months and is recommended to a drug treatment program. Luckily for both they are US citizens, and cannot be deported based on their felony convictions.