EU referendum: Concern over immigration delivers a 'significant' poll boost to the Leave campaign as voters react to claims over UK border control 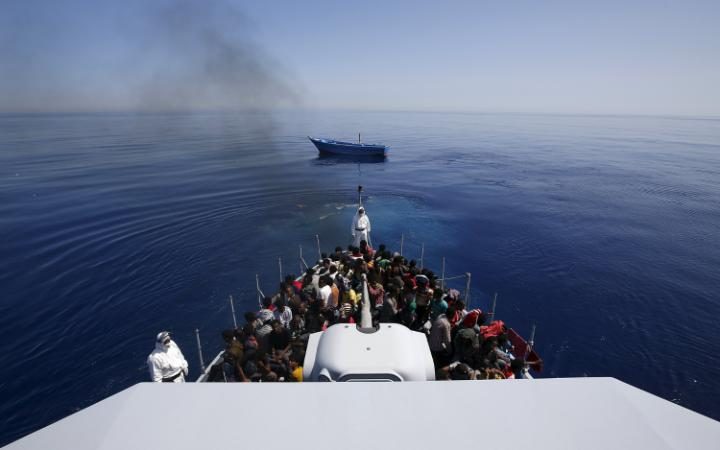 The Telegraph reports that a new poll shows that public concern over immigration has delivered a boost to the "Leave" campaign amid growing concern about Britain's ability to control its borders.

Leave now has 46 per cent of the vote share, with Remain on 51 per cent. The five point gap has been cut from 13 points last week.

The poll was carried out last week when new figures revealed that migration had risen to record levels; forecasts showed that immigration would add 4 million people to Britain's population; and images of migrants drowning in the Mediterranean in their attempts to get to Europe emerged.

The article linked above lists the pros and cons of a British exit (Brexit) from the EU.

Flag of the European Union