The Associated Press is reporting that the United Nations High Commissioner on Refugees says over 700 migrants are feared dead in three Mediterranean Sea shipwrecks south of Italy in the last few days as they tried desperately to reach Europe in unseaworthy smuggling boats. 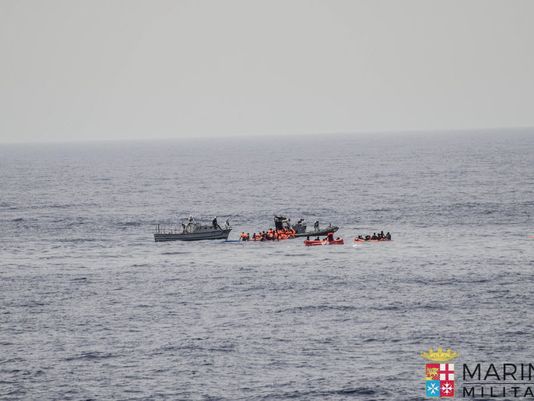 In this photo taken in the Mediterranean Sea, off the Libyan coast, Friday, May 27, 2016, rescuers help migrants to board rubber dinghies before towing them to the Italian Navy ship Vega, after the boat they were aboard sunk. The Italian navy says it has saved 135 migrants from a sinking boat and recovered 45 bodies in the Mediterranean.(Photo: Raffaele Martino, Marina Militare via AP)