A Conversation with Judge Eugenia Eyherabide 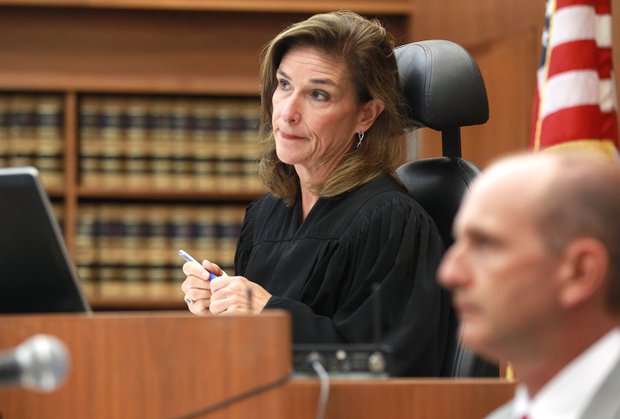 Photo via The San Diego Union-Tribune

Yesterday we heard from San Diego County Superior Court Judge Eugenia Eyherabide. Judge Eyherabide’s background is in prosecution at both the state and federal level.

She spent the majority of our discussion talking about the differences between the federal and the state criminal systems. The state prosecutes a majority of the crimes and the federal government takes more of the high profile cases.

However, the immigration consequences for a criminal conviction in either system are similar. Defendants may be removed from the country if they have a criminal record, depending on the type of crime and their immigration status.

Given that San Diego is so close to the border, the state courts here see “many” defendants who are not United States citizens. While the state does not criminalize re-entry, criminal convictions can have negative consequences on a person’s immigration status. Judge Eyherabide emphasized the importance of advising defendants at plea hearings about these consequences, which will prevent opening the plea up to an appeal.

Like prosecutors, judges are given the opportunity to exercise discretion. For example, in California, judges used to be able to either give defendants a prison sentence or put them on probation. If the defendant was sent to prison and did not have “lawful status” they would be deported after they served their time. But, if the judge used their discretion to order probation, the immigration consequences might not be as severe, depending on the amount of time and type of conviction.

Unfortunately, recently, the legislature in California has changed the law, and judges are not given as much discretion at sentencing.