United States v. Texas: What to Make of the Justices’ Questions on Standing By Nicholas Espíritu 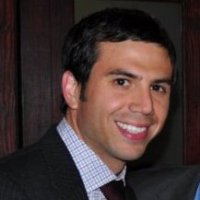 United States v. Texas: What to Make of the Justices’ Questions on Standing.

On Monday, April 18th, I attended oral arguments in United States v. Texas. While some in the media are already writing the obituary for DAPA and expanded DACA, I came away from oral argument with a different impression. (Disclaimer, I was one of the authors of an amicus brief submitted in support of the DAPA and expanded DAPA programs.) The justice's questions, especially on standing, deserve a second look. Here's why:

Given the Chief Justice’s history of cautiously guarding a narrower view of the Court’s standing doctrine, many were surprised by questions that seemed to express some sympathy with Texas’s standing argument.  The federal government has argued (as did Walter Dellinger in his amicus brief)  that Texas cannot claim that their subsidy for issuance of drivers licenses to DAPA recipients constitutes an “injury,” since the State chose to allow those with deferred action to qualify for a license. While a few questions from the Justices to counsel asked whether this financial expenditure could even constitute an injury, more time was spent on whether the State could actually change the policy. Chief Justice Roberts asked whether Texas actually had options, or whether it was caught in a “Catch-22,” given that any change that limited access to driver’s licenses would likely lead Texas right back to court to defend its new policy. However, as Thomas Saenz, who argued on behalf of the intervenors, explained, a lawsuit to challenge  a new policy would be the only way the Court could ensure there be the kind of “concrete clash of real interests” that would allow the Court to analyze an actual rather than hypothetical policy, as well as the motivations underlying that policy. Saenz’s answer should have given pause to any of the Justices concerned about ensuring that federal courts only adjudicate actual cases or controversies.

Similarly, Justice Breyer’s line of inquiry into whether Texas’ standing theory might expand standing doctrine to “every case of political disagreement where States disagree” appeared to directly evoke the Chief Justice’s previously stated views about the role of standing in preserving the Court’s proper role in our system of government.  Justice Breyer highlighted the deeply political nature of the dispute over the deferred action initiatives, as evidenced in the multitude of amicus briefs submitted on both sides, channeling the Chief Justice’s previously stated view that standing is not just a mechanism to ensure “judicial self-restraint” but also that it serves to “compel[] the other branches of government to do a better job in carrying out their responsibilities under the Constitution.” As Solicitor General Donald Verrilli, who argued for the federal government, highlighted, the risk that the states might turn the courts into a vehicle to voice their political disputes is not hypothetical, as Texas has recently sued the United States in an attempt to block the settlement of Syrian refugees in the State. (Second disclaimer: I am counsel for the International Rescue Committee, who, along with the federal government is a defendant in this case.)

Indeed, some of the other questions can be read to indicate the Chief Justice and Justice Kennedy’s concerns about Texas’ standing claims in this case. The Chief Justice has previously expressed skepticism (and was joined by Justices Alito and Thomas) about whether states are entitled to “special solicitude”, and the questions he posed to both the Solicitor General and Saenz on this topic may have signaled his continuing doubts on this issue. Justice Kennedy’s question about whether Texas could bring a challenge under the Administrative Procedure Act, which was also raised by Justice Sotomayor, potentially signals doubts from him about whether this case is the correct vehicle to bring a challenge to the President’s executive actions.

I do not think the oral arguments can be said to provide a clear answer about how any of the Justices will land on the question of Texas’ standing.  Recent history has shown that the Justices continue to evaluate their positions after oral argument, and I think, at most, the Justices’ questions and the advocates’ responses provided a strong indication at least some of the Justices may still be wrestling with these questions.