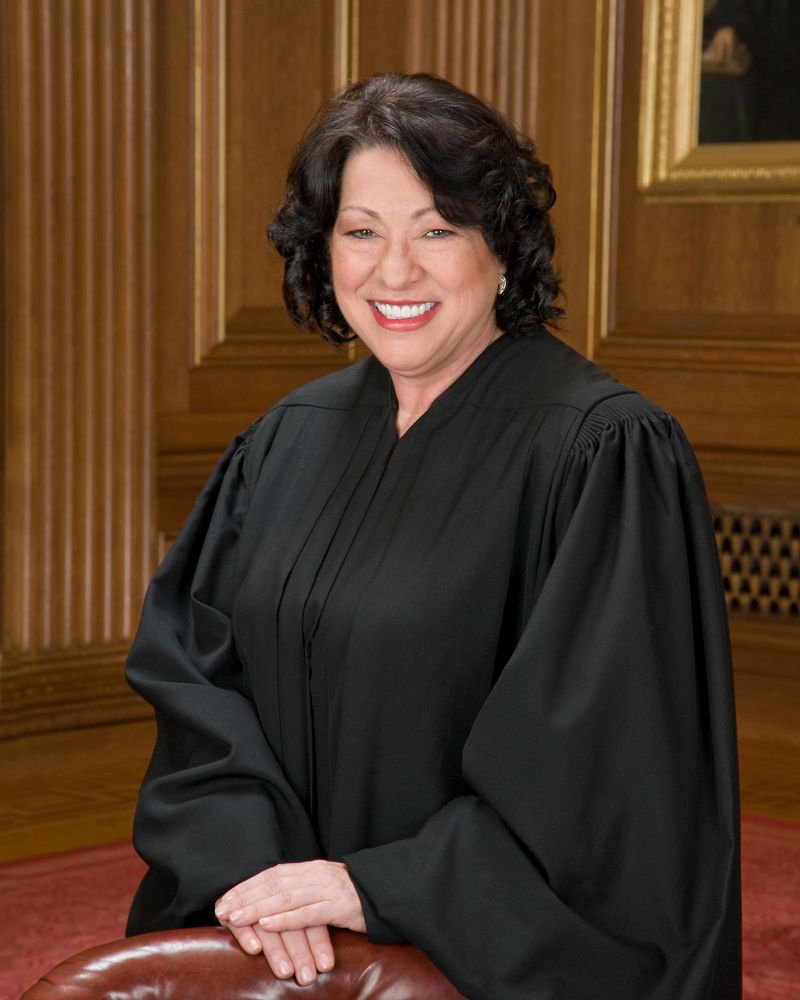 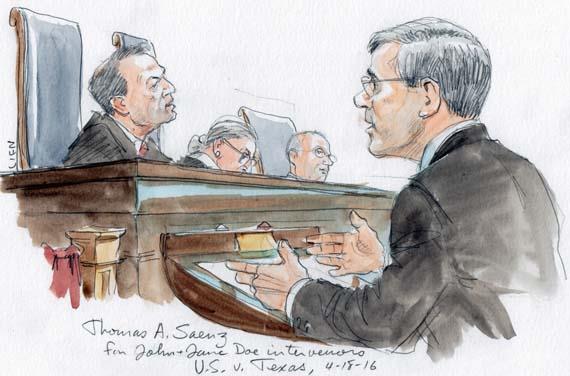 during Monday’s United States v. Texas oral argument, and these voices spoke for and defended millions of potential DAPA beneficiaries.  The two inspiring voices were those of Justice Sonia Sotomayor and Thomas Saenz.  While what is asked and argued during a Supreme Court oral argument is only so indicative of how a particular Justice might come down on an issue, it is important to highlight the involvement of Justice Sotomayor and Thomas Saenz in Monday’s oral argument.

First, Justice Sotomayor commanded the hour and a half oral argument, speaking a total of 50 times and eclipsing the engagement level of her colleagues, such as Justice Kennedy who only spoke 9 times and remained silent during the argument of his former clerk, Texas Solicitor General Scott Keller.  Interestingly, Justice Sotomayor, the first and only Latina (and Newyorkican) to serve on the U.S. Supreme Court,[i] previously shared with Linda Greenhouse

is a great deal of my jurisprudence that talks about or is involved in how to engage people fairly in being part of the community . . . It’s a message about inclusion rather than exclusion.”[ii]  This message of “inclusion” was clear in many of her questions on Monday, particularly toward Texas’ Solicitor General.  Justice Sotomayor was the first Justice to swiftly interrupt and question the Texas Solicitor General and remind him that there are nearly 11 million undocumented immigrants living in the shadows whether we like it or not and previously in 1990 deferred action and work authorization was granted to 40% of the immigrant population at the time – signaling her disagreement with Texas’ bold claim that DAPA “would be one of the largest changes in immigration policy in our nation’s history.”[iii]

Second, Thomas Saenz, president and general counsel of MALDEF, added “the perspective of the only non-institutional, human participants

in the case as parties.”  In this case, MALDEF represented three “Jane Doe” mothers who reside in south Texas and who plan to apply for DAPA.  On November 9, 2015, the U.S. Court of Appeals for the Fifth Circuit granted these three MALDEF clients the right to intervene in Texas v. United States after an initial denial in District Court.  In answering whether the interveners possess a sufficient personal stake in their own right to have standing, the Fifth Circuit determined that the mothers’ “interest in avoiding deportation is a concrete, personalized interest that is legally protected

[by the Constitution].”  In the case before the Supreme Court, with ten minutes of the Obama Administration’s time, Saenz emphasized that Texas’ only articulated injury is providing driver’s licenses to DAPA beneficiaries is a costly endeavor, and Saenz clarified to the Court that work authorization “has absolutely no relationship to the alleged injury of driver’s licenses” and is a “separate determination from deferred action itself.”  Saenz further clarified to Chief Justice Roberts that losing money is the classic case for standing for a private individual, but not for a State.  While it is unclear whether the Court will end up being split 4-4, it is clear that Justice Sotomayor and Saenz played meaningful roles during Monday’s oral argument that might lead to a tip in the scales toward providing relief to the three Jane Does and millions of others seeking to remain in the United States and continue

making a contribution to our nation.

estimates at the time were that “Family Fairness” could cover as many as 1.5 million family members, which was approximately 40 percent of the then-unauthorized population.”).