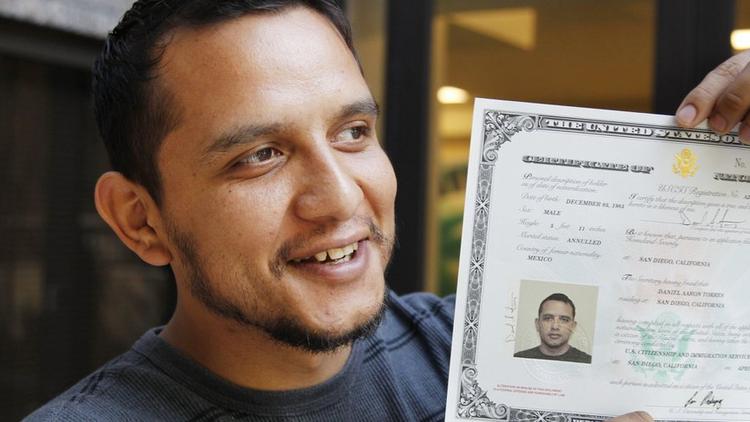 Tatiana Sanchez of the Los Angeles Times reports on an immigrant "Feel good" story.  Daniel Torres, who was undocumented when he enlisted in the Marine Corps by using a false birth certificate, became a U.S. citizen this week. Torres, who joined the Marines in 2007 and served in the Iraq War, was eligible for citizenship under special provisions of the Immigration and Nationality Act that allow for people who serve in the military during a period of hostility. It waives other usual requirements for citizenship, such as lawful permanent residence and physical presence in the United States. Torres has been living in Tijuana for the past five years. He was sworn in as a citizen during a 10-minute ceremony in downtown San Diego on Thursday.