Immigration Article of the Day: The Social Transmission of Racism by Lisa Chiyemi Ikemoto 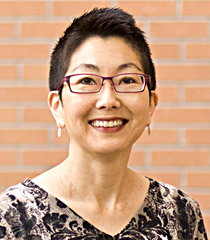 Abstract: This essay reviews two books, Robert Wald Sussman, The Myth of Race: The Troubling Persistence of an Unscientific Idea (Harvard University Press 2014) and Osagie K. Obasogie, Blinded by Sight: Seeing Race Through the Eyes of the Blind (Stanford University Press 2014). Sussman is an anthropologist who brings his expertise to bear in tracing scientific racism through history. Obasogie is a legal scholar and sociologist who uses both qualitative data gathered through interviews with blind and sighted people and Critical Race Theory to explore racialization’s dependence on the idea that race is visually obvious. Each book examines an idea that has sustained racism despite social, political and geographic change. The essay assesses each account and links the authors’ analyses to judicial and legislative framings of reproductive rights and to postmodernist scholarship on race, gender and the human body.