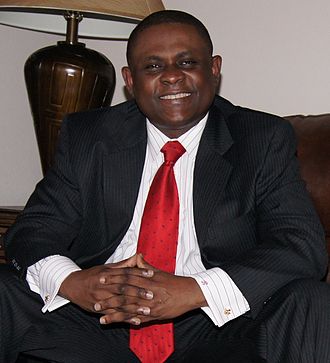 Last fall, the film Concussion opened in theaters across the United States.  In the event you missed it, you might catch it on cable, Netflix, or otherwise.  An immigrant is at the centerpiece of the story of the film.  This NPR radio story explains.

The film put the spotlight back on the dangers of football. Will Smith portrays Dr. Bennet Omalu, the immigrant from Nigeria who was the first to publish research on the degenerative brain disease he called chronic traumatic encephalopathy, or CTE. Omalu, a forensic pathologist, noticed something strange in 2002 when performing an autopsy of Mike Webster, a famous former player for the Pittsburgh Steelers. In the years following his retirement, Webster suffered from mental and financial problems. He died at age 50 of a heart attack, Omalu said.

Dr.  Omalu came to Seattle, Washington in 1994 to complete an epidemiology fellowship at the University of Washington. In 1995, he joined Columbia University’s Harlem Hospital Center for a residency training program. He next trained as a forensic pathologist at the Allegheny County Coroner’s Office in Pittsburgh. Omalu holds eight advanced degrees and board certifications, including a Masters in Public Health (MPH) & Epidemiology in 2004 from the University of Pittsburgh Graduate School of Public Health, and a Masters in Business Administration (MBA) from at Carnegie Mellon University in 2008.  Omalu is currently chief medical examiner of San Joaquin County, California and is a professor in the UC Davis Department of Medical Pathology and Laboratory Medicine.