The disastrous, forgotten 1996 law that created today's immigration problem: The immigration reform Hillary Clinton wants could be limited — or even undermined — by a law her husband signed.

Dara Lind on VOX reminds us of the long-tern impacts of the Illegal Immigration Reform and Immigrant Responsibility Act, signed into law by President Bill Clinton, and how far Democrats have come on the issue in twenty years.  As Lind describes it,"the '96 law essentially invented immigration enforcement as we know it today — where deportation is a constant and plausible threat to millions of immigrants." 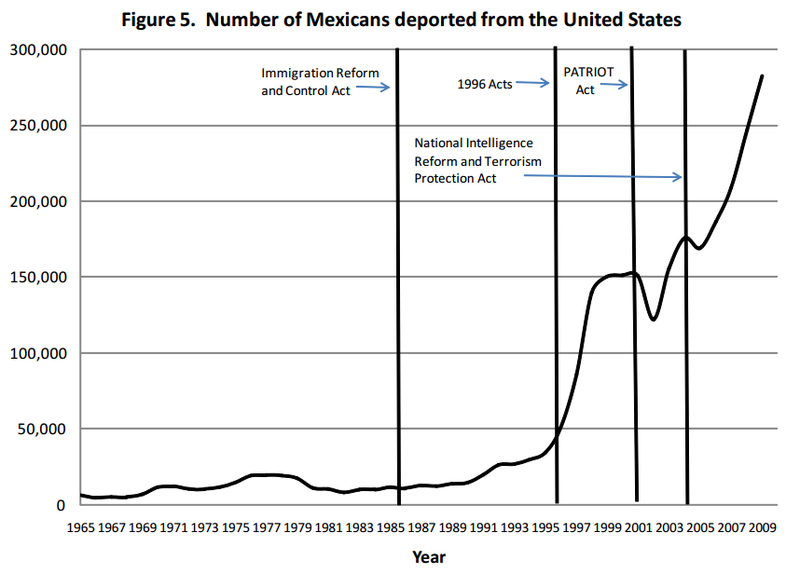