Raised in the U.S. without legal status, he attains the American dream — in Mexico 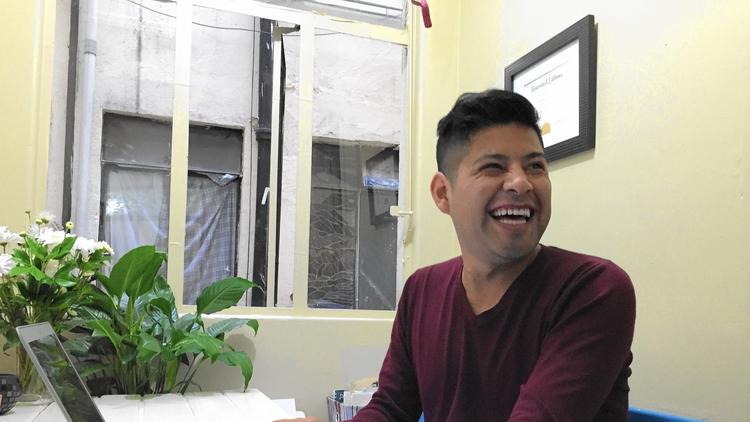 This most definitely is not the typical undocumented immigrant story.  Cindy Carcamo of the Los Angeles Times reports that, six years ago Bernardino Hernandez boarded a plane to Mexico City. He had recently graduated from UC Davis, but he was undocumented and felt limited by his lack of legal immigration status in the United States. Hernandez was unsure whether he'd ever reach his potential in a country that he'd called home since he was a toddler but that wouldn't allow him to work legally.

Hernandez gave up on his American dream in the United States and is now living it in Mexico.  Hernandez is at the helm of a translation company he launched last fall, leading a team of 15 linguists who offer services in nearly two dozen languages to multiple businesses, including eight transnational companies. He regularly travels to the U.S. on business. Until recently, he had been a high-level manager for a Fortune 100 company. His career in Mexico allowed him to save enough money to attend university in Canada, where he earned his master's degree.   "I've traveled to more places in the U.S. while living in Mexico than while I was living in the U.S. I'm glad I did leave," he said. "I wanted to find my own way."

Hernandez is one of more than 500,000 people ages 18 to 35 who have returned to Mexico since 2005 after spending significant time in the U.S.