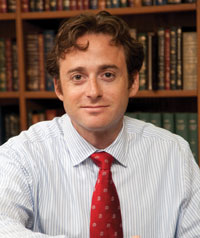 Abstract: In Immigration Outside the Law, Hiroshi Motomura offers a triumphant account of undocumented immigrants as “Americans in waiting,” with moral and legal claims to societal integration. Central to Motomura’s project, and my focus in this Review, are the hydraulics of immigration authority when the congressional spigot is closed. With Congress gridlocked, the executive branch and subfederal jurisdictions have rushed to the void. These political developments, in turn, have spawned a mix of constitutional questions about how separation of powers, federalism, and individual rights apply, or should apply, to the field of immigration. Motomura blends elements of constitutional structure and rights into a mold that I call “Black-Box Immigration Federalism.”

Outwardly, Black-Box Immigration Federalism reduces to the seemingly simple formula that “federal law” preempts state and local law. The formula looks about right and many commentators seem to accept it on faith. Yet beneath the formula’s tidy veneer is a cache of legal uncertainties, complexities, and potential contractions. More specifically, Black-Box Immigration Federalism treats the federal government as an undifferentiated whole, and from that starting position embeds some or all of the following propositions. First, the federal government can freely choose to make law by statute, regulation, or otherwise. Second, nonbinding federal policies qualify as law. Third, immigration “law in action” takes presumptive precedence over Congress’s laws on the books. Fourth, executive enforcement policies, which are not binding as against the federal government, are nevertheless binding on state and local jurisdictions. Fifth, restrictionist state and local immigration policies are presumptively preempted through incorporation of an “equality norm” into Supremacy Clause challenges.