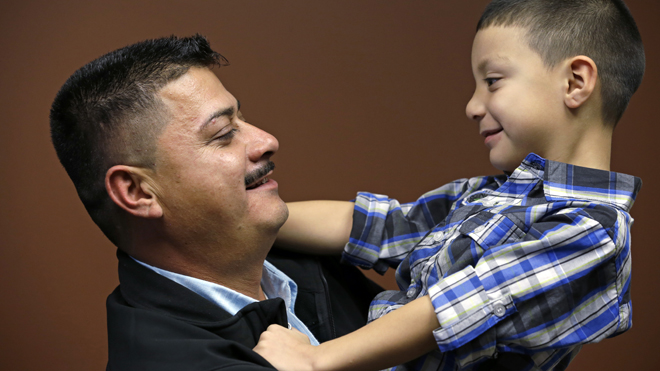 In January of this year, former U.S. Immigration and Customs Enforcement assistant chief counsel Jonathan M. Love plead guilty to deprivation of constitutional rights under color of law. Yesterday, he was sentenced to 30 days in prison, 100 hours of community service, one year of supervised release, and a 10-year ban on practicing law.

Here's what Love did.

In 2009, an undocumented migrant named Ignacio Lanuza-Torres sought cancellation of removal. In court, Love said that Lanuza-Torres was ineligible for the relief because he'd voluntarily signed a document giving up his right to appear before an immigration judge to argue his case. Lanuza-Torres was ordered deported.

On appeal, his attorney, Hilary Han, "noticed something off" about the document. As Fox News Latino describes it:

The form Love submitted had a Department of Homeland Security header, even though it was dated Jan. 13, 2000 — nearly 20 months before the department was created in response to the Sept. 11 attacks. The form also had the signature of ICE officer Anthony Dodd, who processed Lanuza in Seattle in 2008. The form was supposed to date to 2000 and originate from the U.S.-Mexico border.

The document was forged.

And for that, Love is rightfully going to prison.

Could a permanent resident get deported from the United States for a case that there is no investigation report, no felony complaint, no indictment, no sentencing minutes or any commitment Papers?