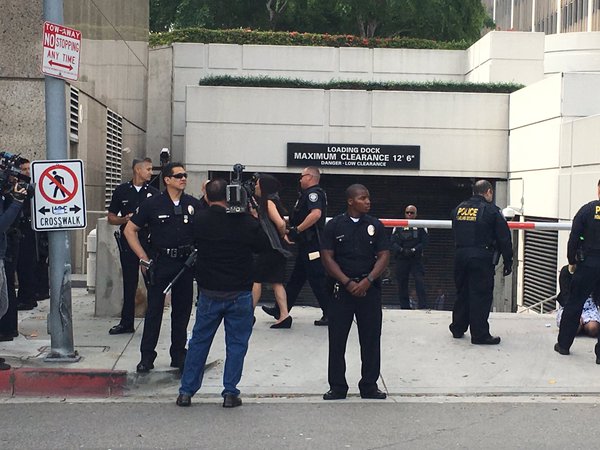 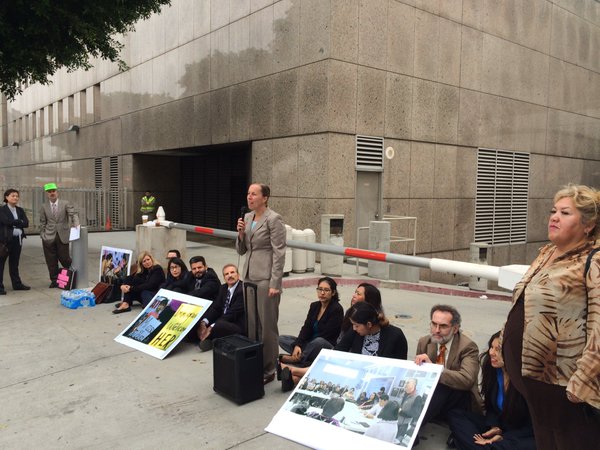 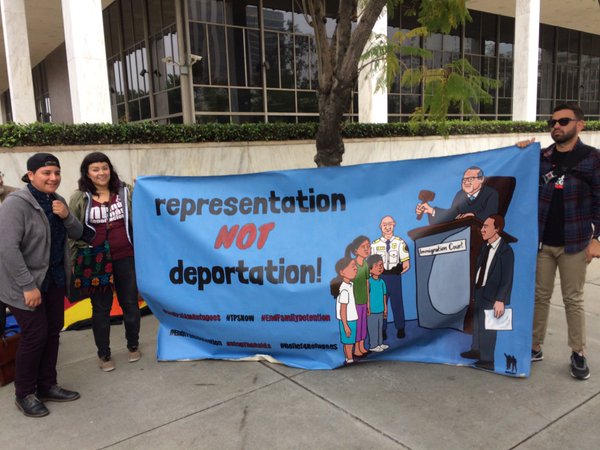 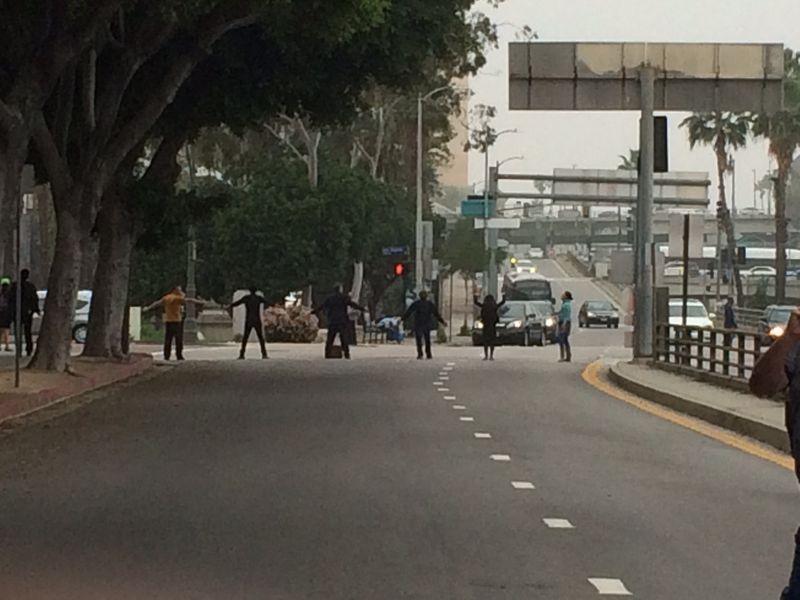 This morning, a group of 11 attorneys blocked the entrance to the Metropolitan Detention Center in downtown LA as part of a planned civil disobedience action to protest deportations and raids.  A larger crowd of up to 100 attorneys, law students and legal workers also supported the action through skits, chanting, and legal observation.  The event was sponsored by the National Immigration Law Center, National Lawyers Guild - Los Angeles, and ICE out of LA Coalition, among other organizations.  The law enforcement presence grew as the morning went on, and the action ended with the arrest of all 11 attorneys.

The demands for the action included an end to all immigration raids, respect for the legal rights of immigrants during enforcement actions, representation for individuals facing deportation, TPS for Central American migrants, and the exercise of meaningful prosecutorial discretion.