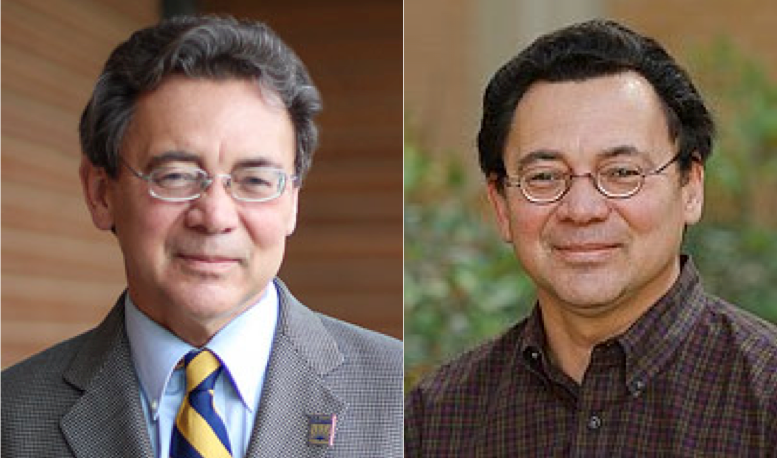 Today's Throwback Thursday focuses on Kevin R. Johnson, Dean of the U.C. Davis School of Law and absurdly prolific writer of books (yes, plural), articles, book chapters, and blog posts (appearing on this blog steadily since September 2005 and on another locale in the interwebs you might have heard of, Scotusblog).

I might be tempted to write about Kevin's 2007 book Opening The Floodgates, which sits on my desk thumbed, tabbed, and highlighted, as I continue to wrestle with the ideas he presents.

The article has a historical track, tracing the history of racial exclusion in U.S. immigration laws from Chinese exclusion through Prop 187. He finds that the racial exclusion of noncitizens "reveals to domestic minorities how they are viewed by society," stigmatizes them, and reinforces their subordination. He draws on psychology to explain why this "historical dynamic" of prejudice "cannot be marginalized as simply an 'immigration' issue."

For better or worse, the history of national origin and racial exclusion in U.S. immigration laws serves as a lens into this nation's soul. By considering the nationalities and racial minorities that a society seeks to exclude from the national community, we better understand how that society views citizens who share common characteristics with the excluded group.

In Carrie's words, the article is "timeless." It is. Consider just this one post-1998 example.

Muslim immigration has been, directly or indirectly, restricted since 9/11. And more than a decade later we still have current presidential candidates calling for a complete ban on Muslim immigration. So what does this "magic mirror" tell us about the treatment of the Muslim minority in America? Trump, of course, needs no mirror. He's front and center ready to call for surveillance and tracking of all Muslims in the United States regardless of their immigration status. But President Obama has only recently addressed the dynamic of prejudice. This month, for the first time and within spitting distance of leaving office, President Obama visited a U.S. mosque. And he addressed the effects of "inexcusable political rhetoric against Muslim-Americans."

The only open question seems to be which new group will be the subject of future exclusionary policies, and which corresponding domestic minorities will feel the subordination effects of that exclusion.