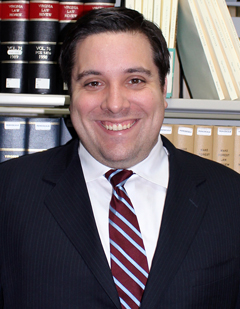 Abstract: The President has broad discretion to refrain from enforcing many civil and criminal laws, either in general or under certain circumstances. The Supreme Court has not only affirmed the constitutionality of such under-enforcement, but extolled its virtues. Most recently, in Arizona v. United States, it deployed the judicially created doctrines of obstacle and field preemption to invalidate state restrictions on illegal immigrants that mirrored federal law, in large part to ensure that states do not undermine the effects of the President’s decision to refrain from fully enforcing federal immigration provisions.

Such a broad application of obstacle and field preemption is inconsistent with the text and original understanding of the Supremacy Clause and unnecessarily aggrandizes the practical extent of executive authority. The Supremacy Clause prohibits states from attempting to nullify or ignore federal laws that they believe are unconstitutional or unwise. It should not bar states from engaging in “reverse nullification” by enacting statutes that mirror federal law to ameliorate the effects of executive under- or non-enforcement. Far from undermining the “law of the land,” reverse nullification reinforces it by ensuring that the President cannot effectively amend or nullify federal law by declining to enforce it. The Court should craft an exception to its obstacle and field preemption doctrines to accommodate reverse nullification, and Congress should generally include an exception permitting reverse nullification in statutes’ express preemption provisions.