Republican presidential frontrunner Donald Trump's wife, Melania Trump, is making the news.  In deflecting claims that he is anti-immigrant, Trump has on occasion mentioned that his mother was immigrated to the United States from Scotland and that two of his three wives were also born abroad.

Melania Trump, born in the former Yugoslavia (now Slovenia), told MSNBC's "Morning Joe" that she has no problem with her husband's public comments about Mexican and Muslim immigrants, nor his general desire to build a Southern border wall.  She said: "I follow a law the way it's supposed to be. I never thought to stay here without papers. I had visa. I travel every few months back to the country, to Slovenia, to stamp the visa. I came back. I applied for the green card. I applied for the citizenship later on after many years of green card. So I went by system. I went by the law, and you should do that."

As Janell Ross of the Washington Post points out,

"what Melania Trump didn't say, but we will, is this: Models like her don't exactly wait in the same much-talked-about immigration line as the average Mexican immigrant -- or, for that matter, immigrant workers who would like to come to the United States from anywhere in the world. You see, models are not just generally beautiful, statuesque women; the U.S. government officially considers them workers with special skills for whom a certain number of visas -- documents needed to immigrate to the United States and obtained after a lengthy application and clearance process -- are set aside each year." 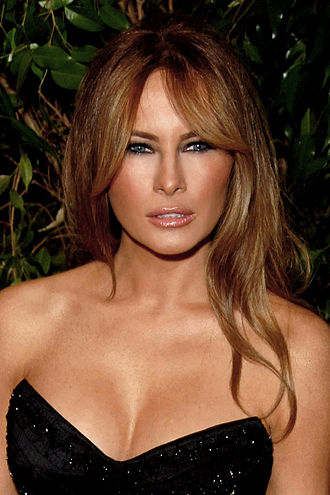