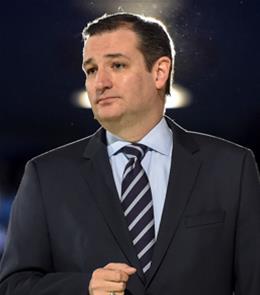 CNN released an article concerning a poll done by Monmouth University which states that ⅓ GOP maintain the opinion that Senator Ted Cruz is ineligible for the presidency due to the fact that he was born in Canada and not on U.S. soil. However, Cruz’s mother was born and raised in Delaware, which Cruz maintains makes him a natural born citizen. Cruz has defended his eligibility by referencing the Naturalization Act of 1790 and the Naturalization Act of 1795, but many believe that these do not support his argument.

The underlying question at hand here is, what exactly does it mean to be a “Natural Born Citizen”? The Constitution does not define the phrase. Houston Attorney, Newton Boris Schwarz, has filed suit against Cruz. Michael D. Ramsey, professor of law at the University of San Diego School of Law, states that “Cruz is eligible under the best view of the Constitution’s original meaning.  Congress has power to decide who has ‘natural’ citizenship at birth, because that was a power of the English parliament and that is how Congress understood its power in 1790” (Daily Journal, 1/15/16).

Grace Ramirez is an undergraduate student at UC Davis.