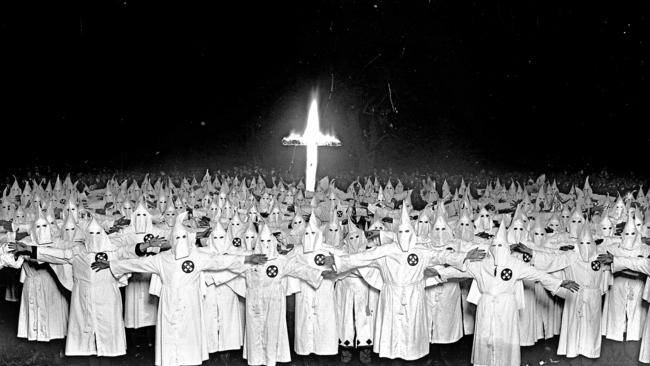 A small gathering of Ku Klux Klan members gathered for a rally in Anaheim, CA (just minutes away from Disneyland, as well as my office) on Saturday.  The LA Times reports that one of the described purposes of the rally was to protest "illegal immigration and Muslims." Opponents of the KKK appeared at the rally as well, and the event ended in 13 arrests and 5 people being injured (including 3 stabbings).  The KKK apparently has a long history in Anaheim, with approximately 300 Klansmen living there at the group's height in the 1920s.

What would cause the KKK to feel empowered to make a public appearance now?  It may be too soon to tell.  It is worth noting, however, that Saturday's events took place during the same weekend that former KKK leader David Duke endorsed Donald Trump's candidacy for President, an endorsement over which Trump apparently stated that he did not enough have information to disavow.