Immigration Article of the Day: European Integration and the Governance Of Migration by Alexander Caviedes 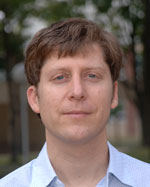 European Integration and the Governance Of Migration by Alexander Caviedes, State University of New York (SUNY) at Fredonia - Department of Politics and International Affairs 2016 Journal of Contemporary European Research. 12(1): 552-565.

Abstract: This article traces the development of EU governance of migration, with an emphasis upon key moments of institutional reform such as the creation of the pillar of Justice and Home Affairs within 1992’s Treaty on European Union. The article identifies three periods with different governance patterns since the Maastricht Treaty, with increasing involvement of institutions such as the Court of Justice and the European Parliament. Together with the increased relevance of EU agencies such as Frontex, this has produced a style of governance that is neither predominantly intergovernmental nor supranational, though multilevel and experimental governance are not prominent either. The article also examines what modes of governance are present within the primary migration policy domains. Member states still enjoy considerable discretion in labour migration and family reunion, and the EU institutions have respected this. However, there has been greater supranational involvement in the areas of irregular migration and specifically asylum, whether through the involvement of EU agencies, or through legislation and court rulings that genuinely oblige countries to change their domestic rules. Institutional changes have continued to empower the Commission, with the potential for substantially greater participation and authority for the EU institutions.