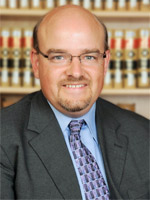 Douglas Berman previewed the oral argument before the U.S. Supreme Court yesterday in the case of Molina-Martinez v. United States for SCOTUSblog,  The case involves petitioner Saul Molina-Martinez, a Mexican citizen, who was arrested while trying to evade a border checkpoint in Texas.  He admitted to having unlawfully entered the United States a few days earlier. Molina-Martinez had been convicted of aggravated burglary in Tennessee in 2002 and 2011 and previously deported to Mexico in 2007 and 2012. He was charged and pleaded guilty to illegal being unlawfully in the United States after having been deported for an aggravated felony.

The question before the Supreme Court was whether, where an error in the application of the United States Sentencing Guidelines results in the application of the wrong Guideline range to a criminal defendant, an appellate court should presume, for purposes of plain-error review under Federal Rule of Criminal Procedure 52(b), that the error affected the defendant’s substantial rights.

In recapping the argument, Berman wrote that it was " it was not surprising that, during yesterday’s oral argument, many Justices expressed concern about what the proposed presumption of prejudice would practically entail in this setting. But it was surprising that many Justices, including Chief Justice John Roberts, still seemed drawn to Molina-Martinez’s more general claim that guideline misapplication is a unique type of error that may often be alone sufficient to satisfy a critical prong of plain-error review."