Board Upholds Decision to Remove Former Salvadoran Minister of Defense from the U.S. 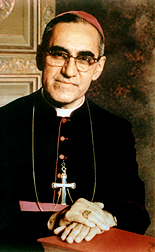 Yesterday,  the Board of Immigration Appeals upheld the removal order of former Salvadoran Minister of Defense General José Guillermo García.  The ruling affirmed the findings of Immigration Judge Michael C. Horn that García assisted or otherwise participated in some of the most heinous human rights crimes committed in El Salvador in the 1980s, including the assassination of Archbishop Oscar Romero, the killing of four American churchwomen and two U.S. labor advisors, the massacre at El Mozote, and the torture of Salvadoran citizens.

In 2014, Judge Horn’s ordered García’s removal from the United States and. catalogued the extent of the killings and torture in El Salvador when Garcia was Minister of Defense (October 1979 to April1983).  The judge found that these atrocities were “deliberate military policy” and that García should have known of these abuses and prevented them or punished the perpetrators.  Instead, García “fostered and allowed to thrive an institutional atmosphere in which the Salvadoran Armed Forces preyed upon defenseless civilians under the guise of fighting a war against communist subversives.”

The Board’s decision was not made public.  The New York Times reportedly will seek to ensure that it becomes available. The Times previously won public access to the Immigration Judge’s decision.